If you’re looking for a traditional cheesecake recipe in fat bomb form, this recipe is as close as you’re going to get. It has all the basics of cheesecake like cream cheese, egg, lemon juice and lemon zest, vanilla and some stevia. Once these ingredients are beat until combined, they are then divided into mini muffin cups. I like topping my New York cheesecake fat bombs with strawberry sauce to give them a hint of color and some tanginess too. I can be pretty picky when it comes to cheesecake, but this recipe won’t disappoint. 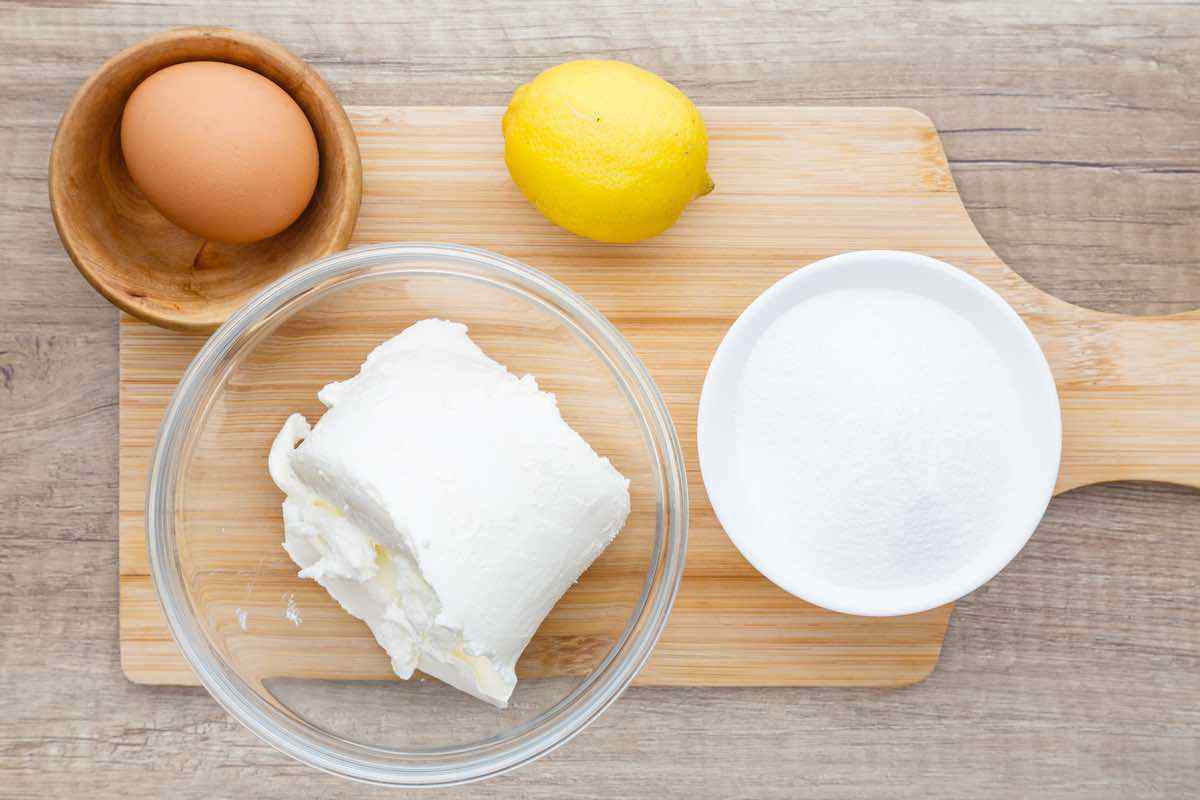 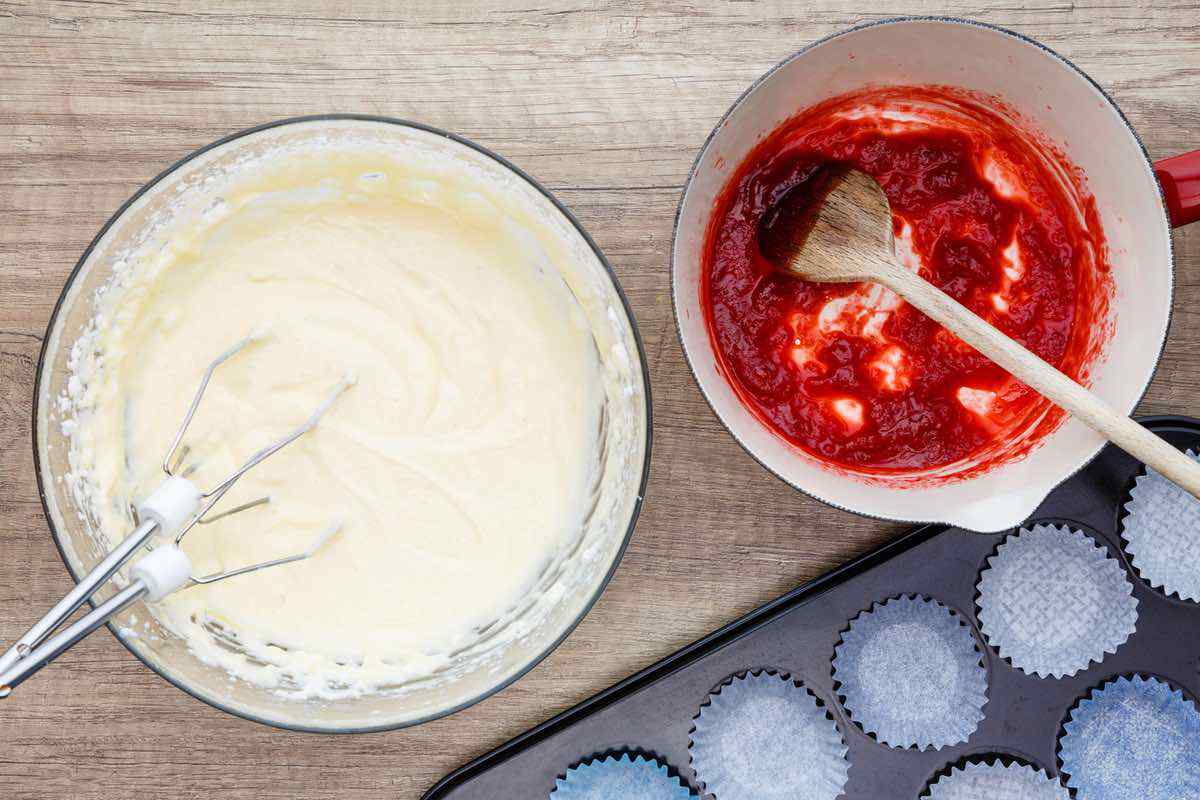 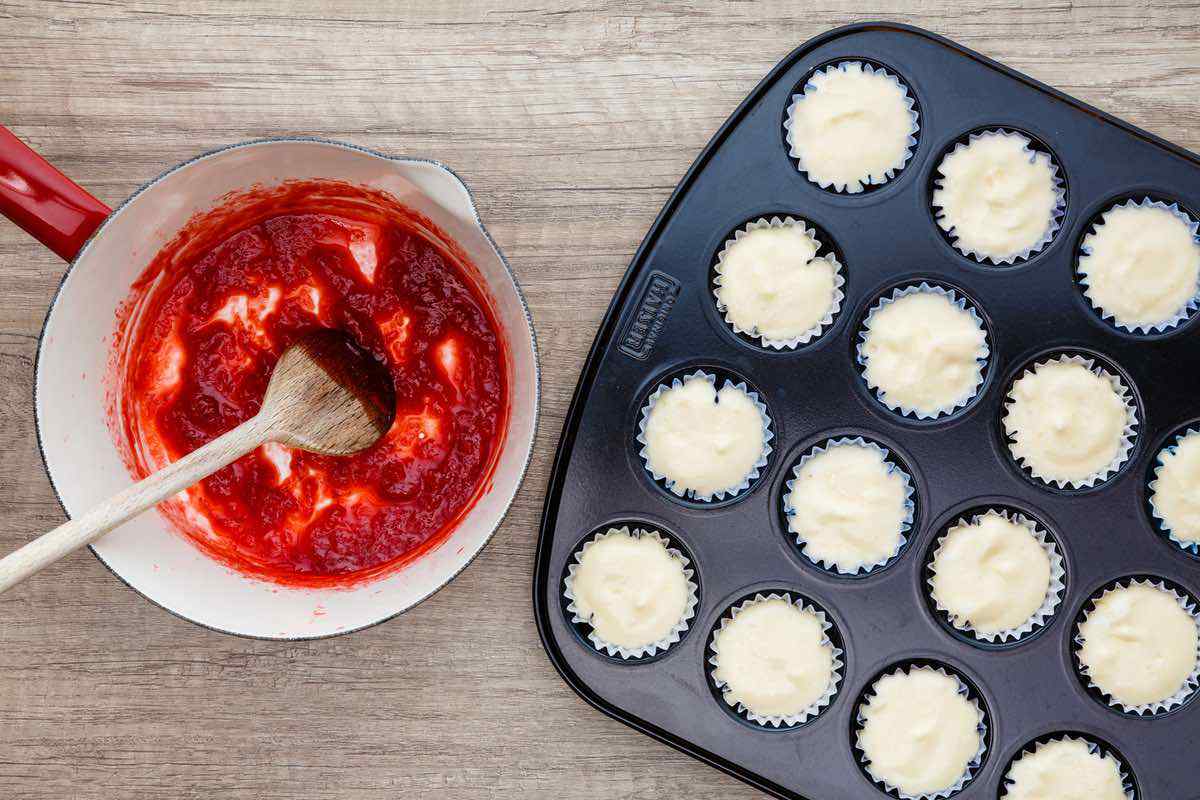 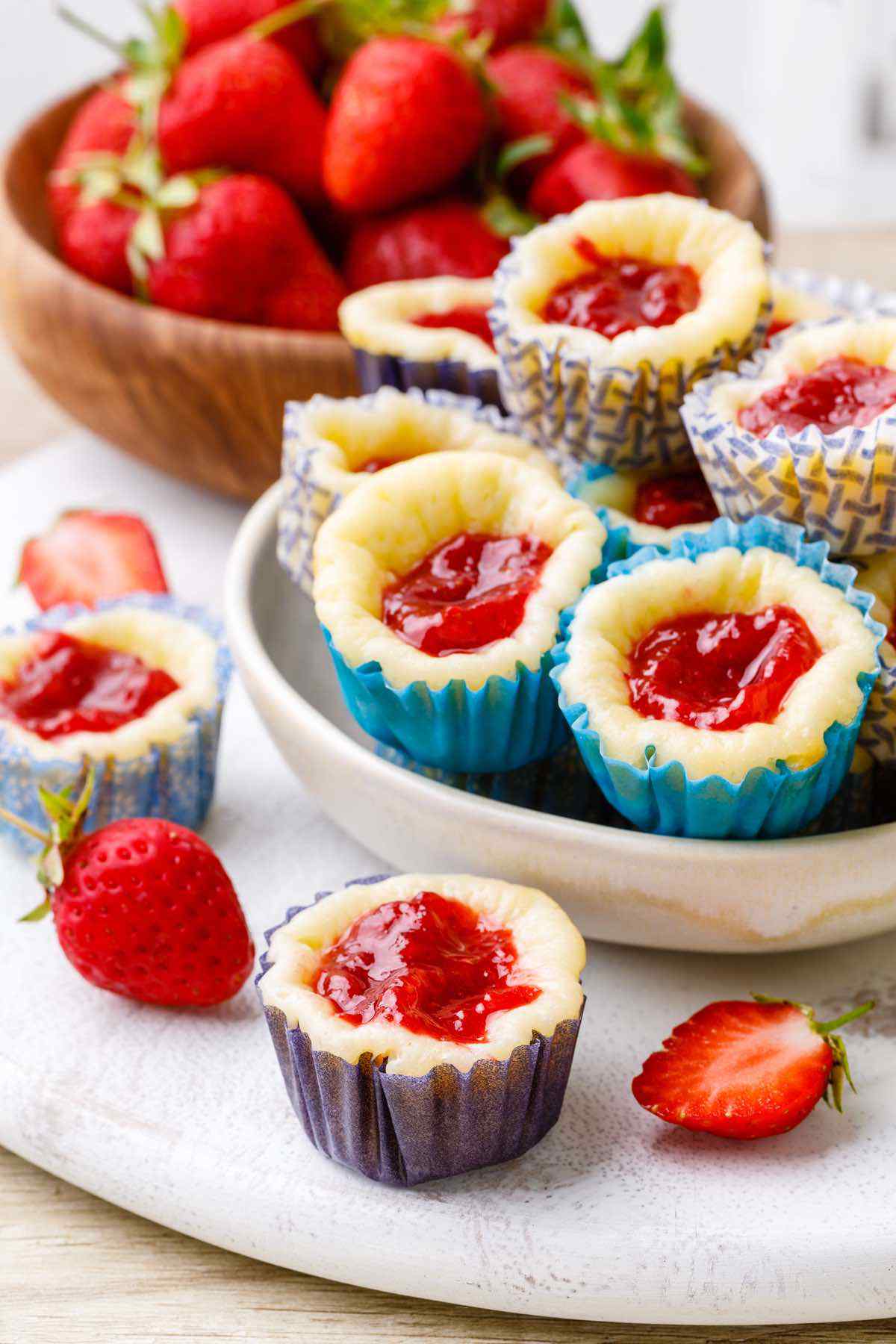 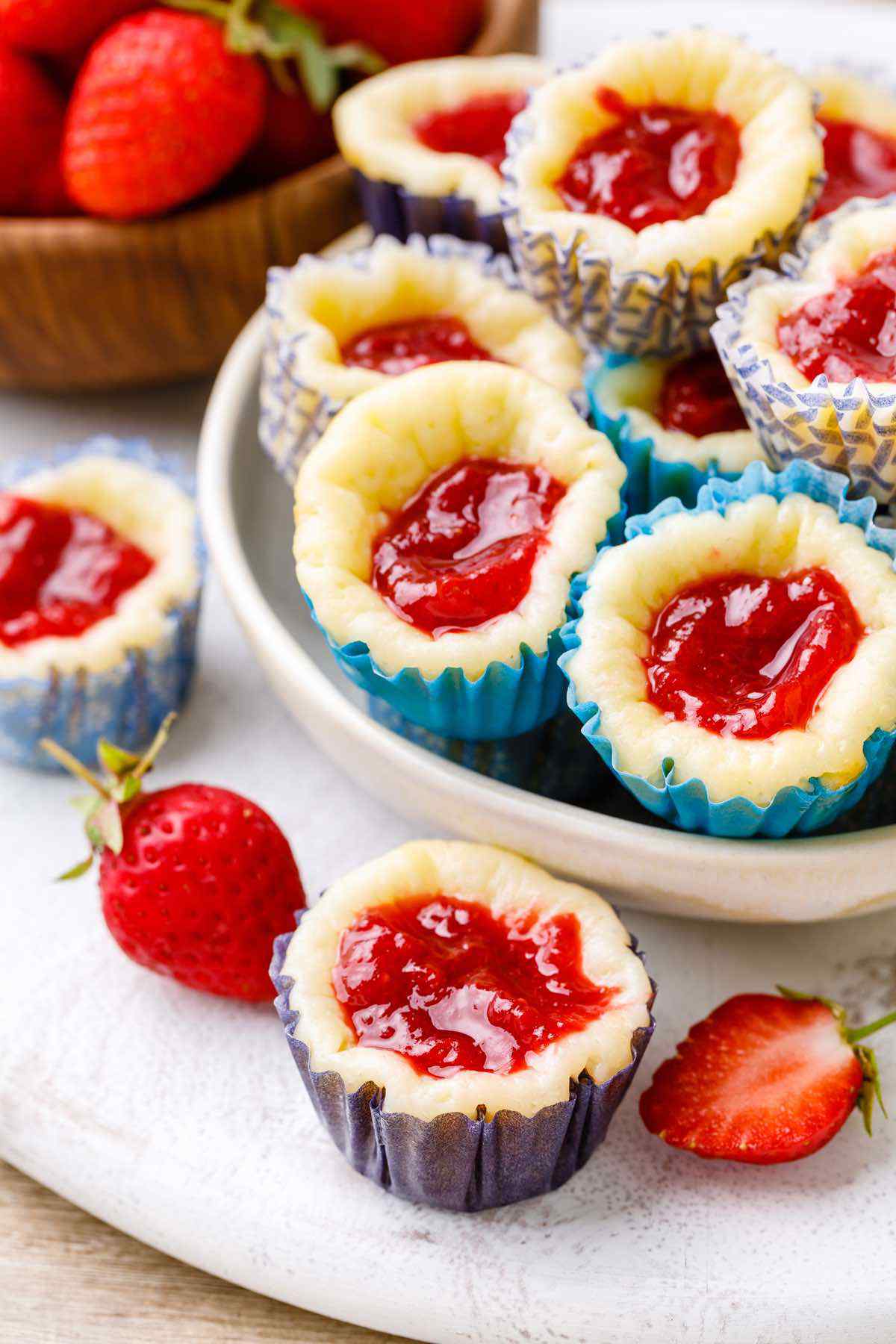 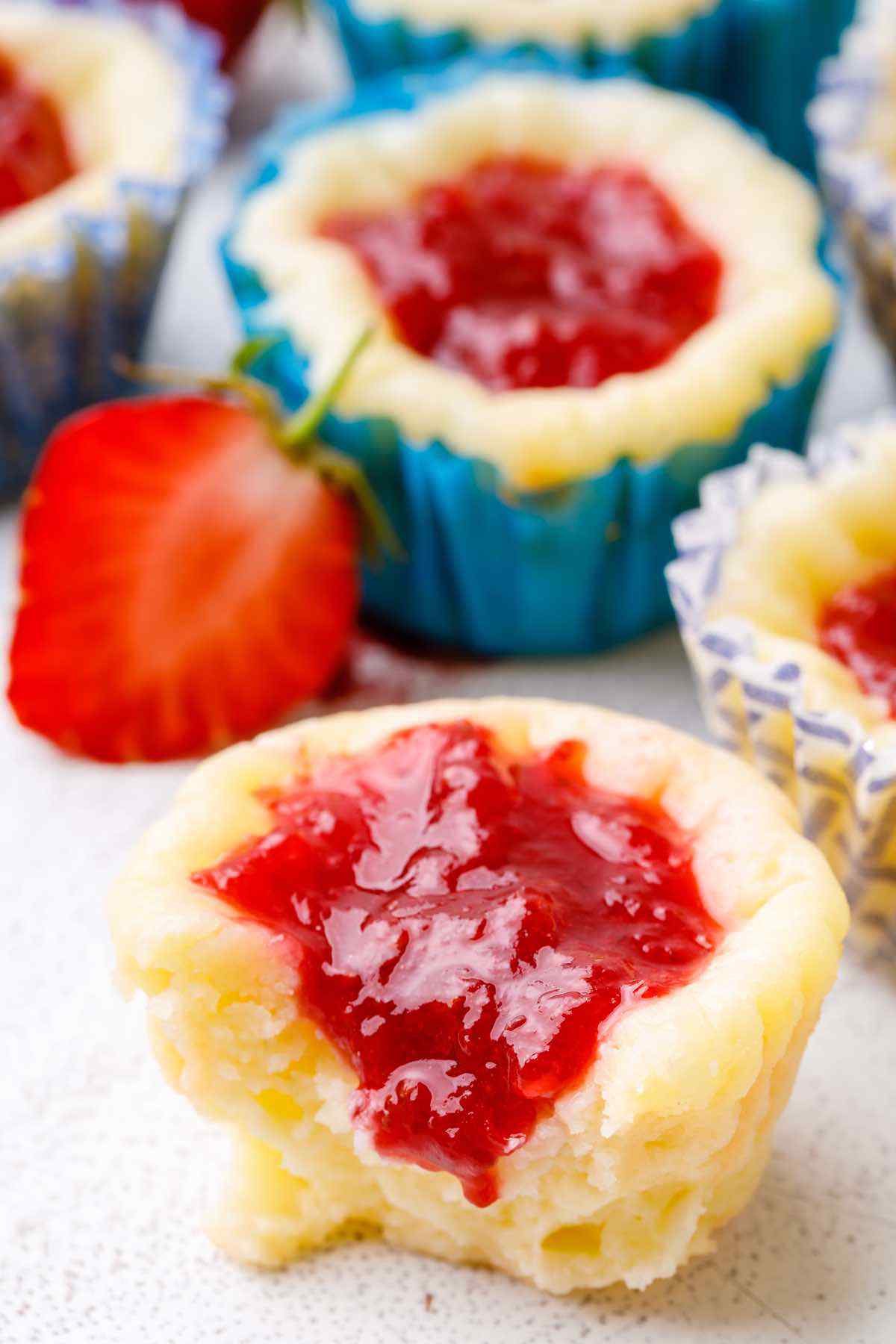 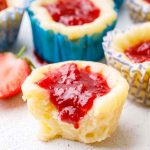 For the strawberry sauce: