Whenever I’m making my own soup from scratch, I love to add bone broth (along with a bit of water) to use as the liquid base. And just to keep things 100% homemade, I love making my own tasty bone broth using an Instant Pot. They’re so easy to use – you just have to add all of your ingredients, pressure cook for about two hours, and then strain the broth out. There’s nothing to it! And when you use just the right combination of ingredients (like the ones used in this recipe for making a healing Instant Pot turmeric bone broth), you can end up making some truly delicious homemade bone broths.

The broth you’ll be making with this recipe is great for adding into your soups or even just sipping on straight – I’ve always got a batch ready to go in my fridge just in case.

The first thing you’ll need to make sure of if you want to make this homemade bone broth is that you have an Instant Pot. If you don’t own one already, I can highly recommend the exact model that I personally use. It’s a 7-in-1 multi-use made by Instant Pot that works great for pressure cooking, slow cooking, and even making rice and yogurt. It has all the built-in features you could ask for from an Instant Pot and it’s incredibly affordable. You can get one for yourself by clicking here. 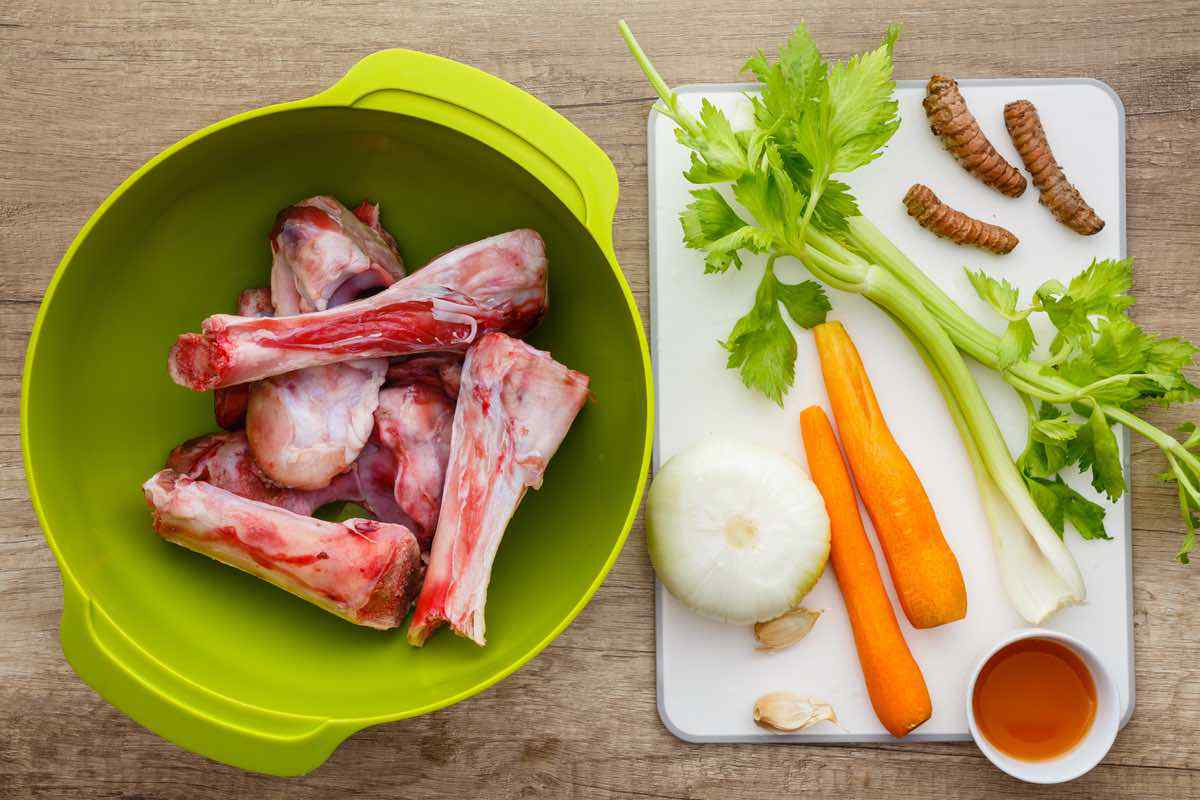 As far as what exactly goes into making this bone broth recipe, there’s quite a tasty mixture of ingredients indeed! You’ll be using two pounds of beef marrow bones along with eight cups of water, one peeled and quartered onion, a three inch piece of peeled turmeric root, two celery stalks, two carrots, two garlic cloves, two tablespoons of apple cider vinegar, and a bit of salt and pepper for seasoning.

Using real beef marrow bones gives the broth an incredibly tasty flavor. On top of that, recent findings have revealed that the fat tissue in bone marrow may provide some pretty amazing health benefits. The study found that bone marrow fat secretes hormones that help to keep your body healthy by reducing your risk of developing type 2 diabetes. (1)

Adding in an onion is another great way to add an immense amount of flavor to the broth, while also further increasing the nutritional value. Along with the garlic cloves, onions are one of my favorite foods to cook with not just because of how tasty they are, but also because they’ve been proven to help reduce your risk of heart disease and cancer as well. (2) And since garlic is also a member of the Allium family, it provides the same great benefits as well.

I think the piece of turmeric root is the real secret ingredient in this recipe though. It gives your bone broth a natural spiciness that never fails to delight. Also known as the “golden spice”, turmeric also provides quite a few great benefits for your health. Some of the known benefits of turmeric include reducing inflammation in the body, reducing oxidative stress thanks to its potent antioxidant content, and a lowered risk of developing diseases like Alzheimer’s, cancer, and heart disease. (3) 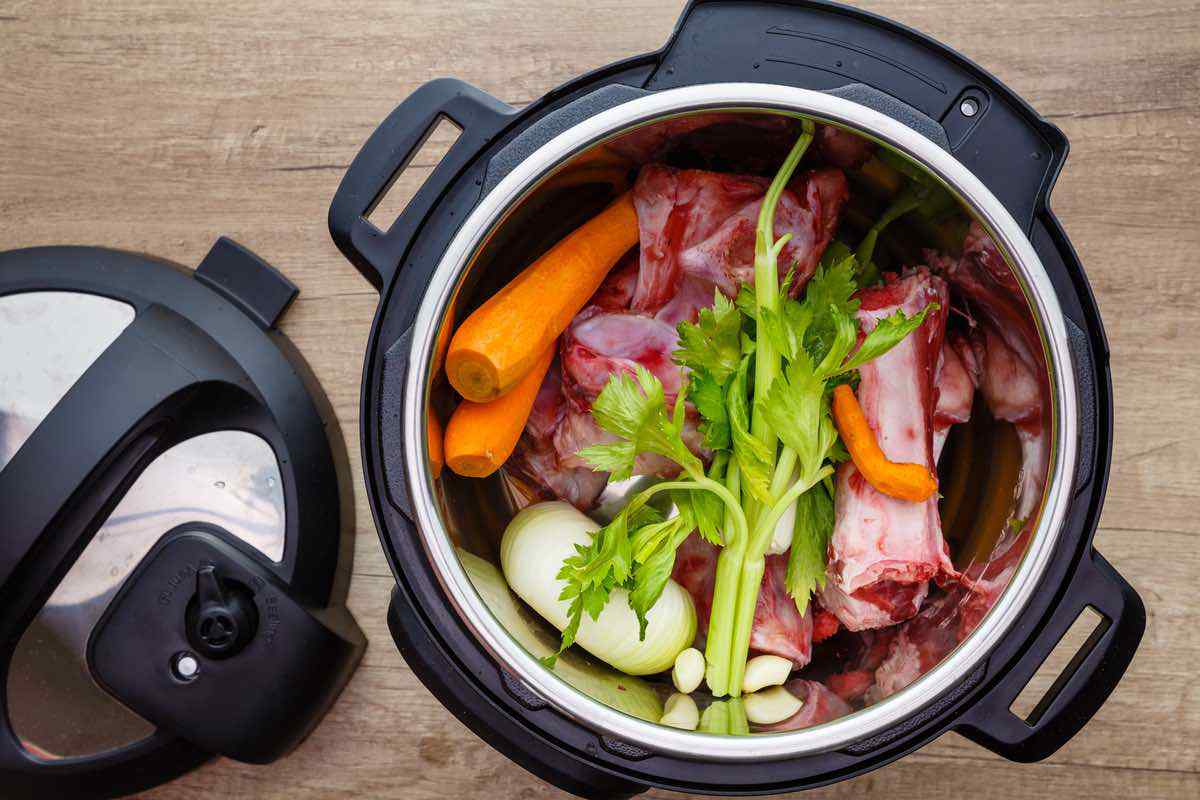 The carrots and celery stalks help to round out the recipe by adding a fantastic mix of essential vitamins, minerals, fiber, and antioxidants to the broth. And last but not least, the apple cider vinegar definitely gives the mixture a noticeable kick. It’s not too overwhelming though and I find it actually enhances the overall flavor in a big way. And while it definitely isn’t the miracle cure-all substance that some people claim it is, apple cider vinegar can indeed help with weight loss efforts. This is due to the fact it contains acetic acid, which helps to slow digestion and reduce the absorption of starchy foods, which helps to keep you feeling full for longer. (4) 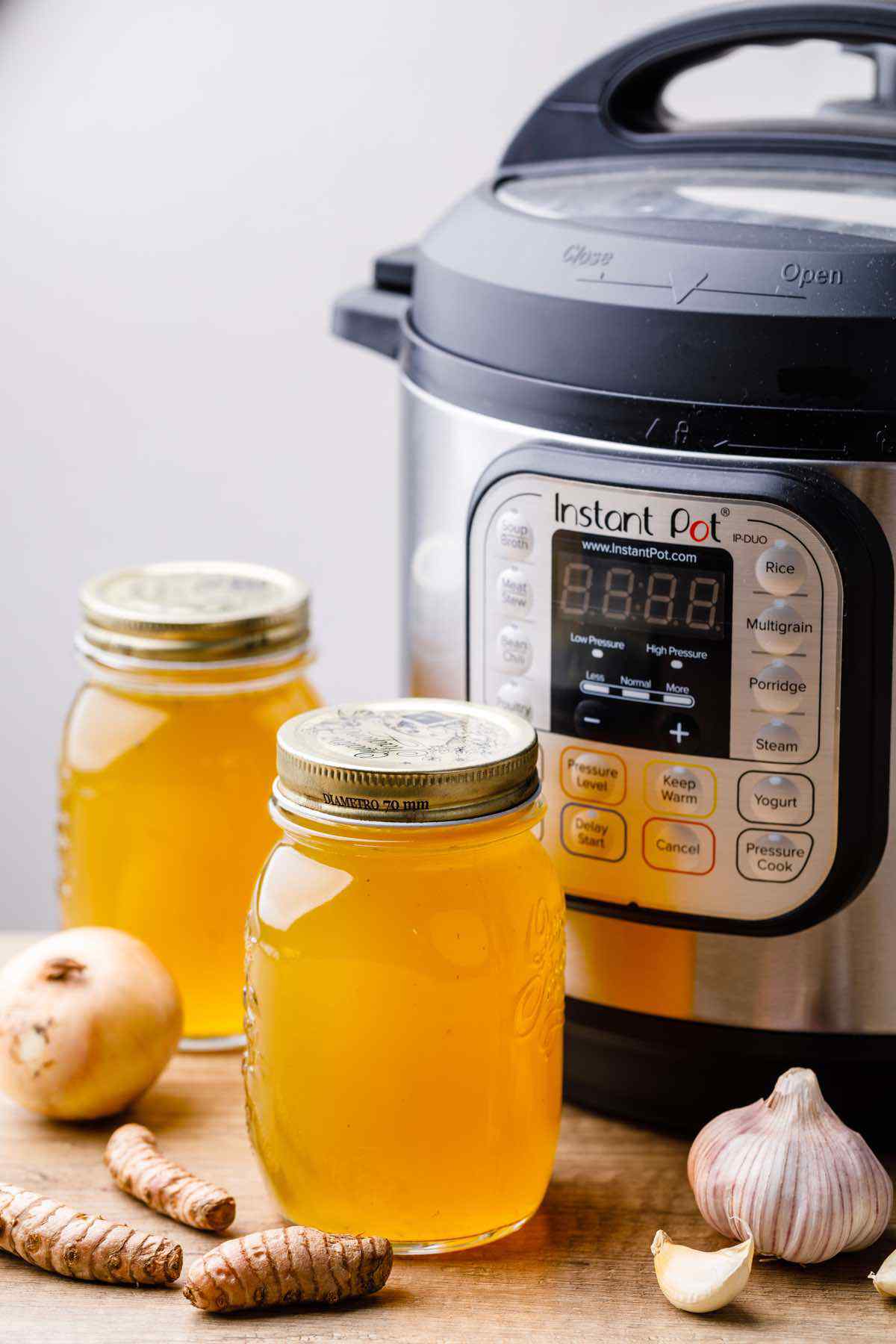 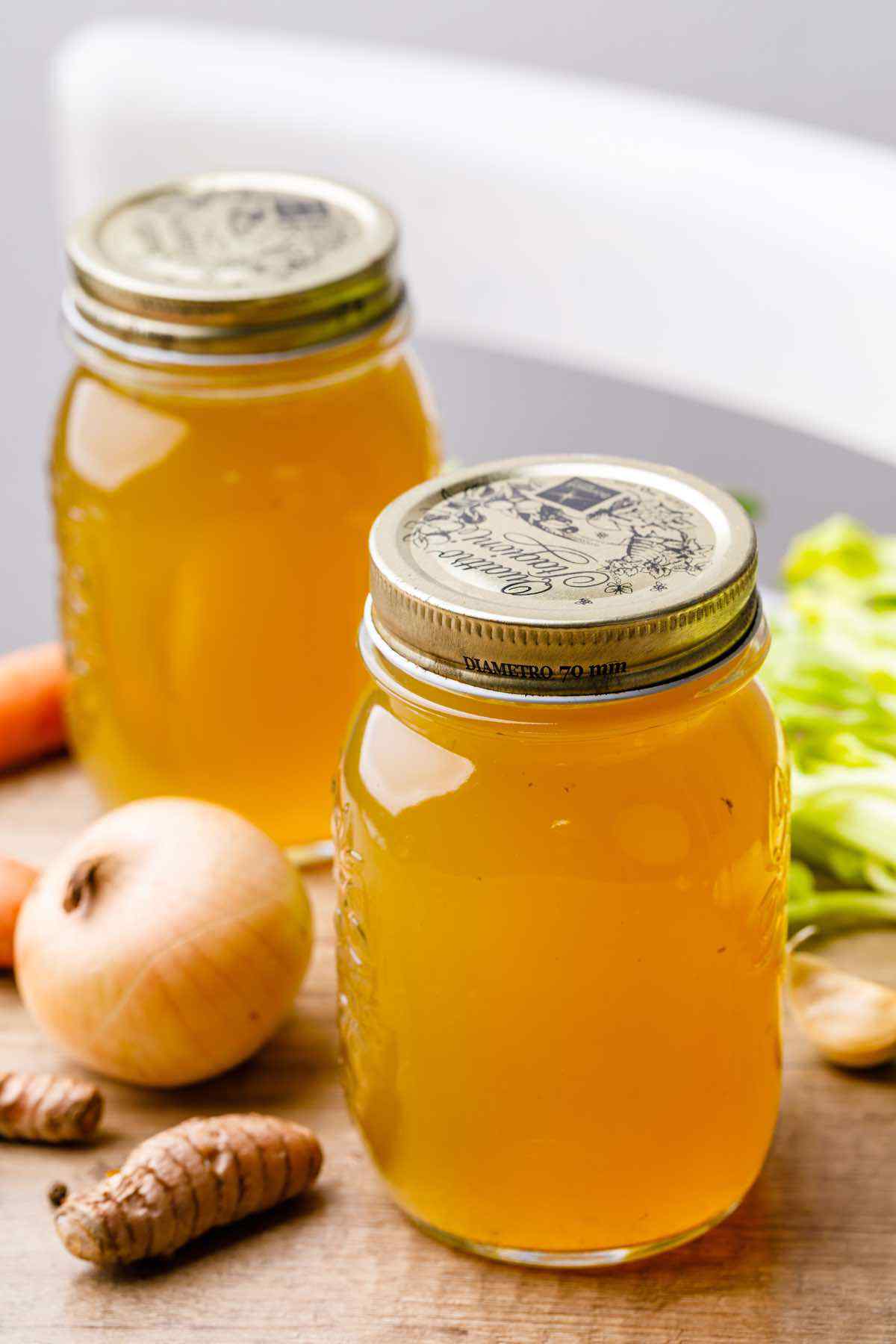 After adding all of the ingredients into the Instant Pot, seal it, and then turn the venting knob to “SEALING” before pressing the “PRESSURE COOK” button. Set the timer for two hours and then when the broth is done cooking, strain it out using a fine metal strainer. You can keep this homemade broth in the fridge for up to five days in an airtight container, or freeze it for later use. 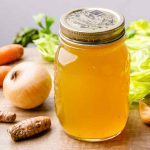 salt and black pepper, to taste