It never ceases to amaze me just how many different ways there are to make soup. You’ve got your canned and instant soups, your easy to make homemade soups, and even some kinds of soups that can truly be considered delicacies. However, since we tend to focus on soup recipes that can legitimately be considered ‘superfoods’, today I wanted to share one such recipe with you guys. The recipe makes a beef bone broth French onion soup that’s incredibly collagen-rich. It’s very quickly become one of my go-to choices when I’m craving a hearty bowl of soup for dinner – it’s literally one of the best tasting French onion soups I’ve ever tried, and I’m fairly certain that it’s only going to take one spoonful of this soup for you to agree!

You can start out by adding both five tablespoons of unsalted butter and a single tablespoon of olive oil into a Dutch oven. If possible, you should try to make sure to use extra virgin olive oil and grass-fed butter when making this recipe. The reason being is extra virgin olive oil is the highest grade of olive oil available and it’s free of the defects commonly found in lesser grades. Likewise, grass-fed butter is much more nutrient-dense than butter from grain-fed cows, as it contains increased concentrations of antioxidants and omega-3 fatty acids. (1)

Add in the three pounds of onions and one minced garlic clove, cooking and stirring occasionally until they’re softened. This common ingredient pairing serves to add most of the great flavor that’s on offer in this soup, while also significantly increasing its nutritional value. Both garlic and onion contain some rather impressive properties that help to reduce your risk of developing diseases like cancer, Alzheimer’s, and heart disease. (2) 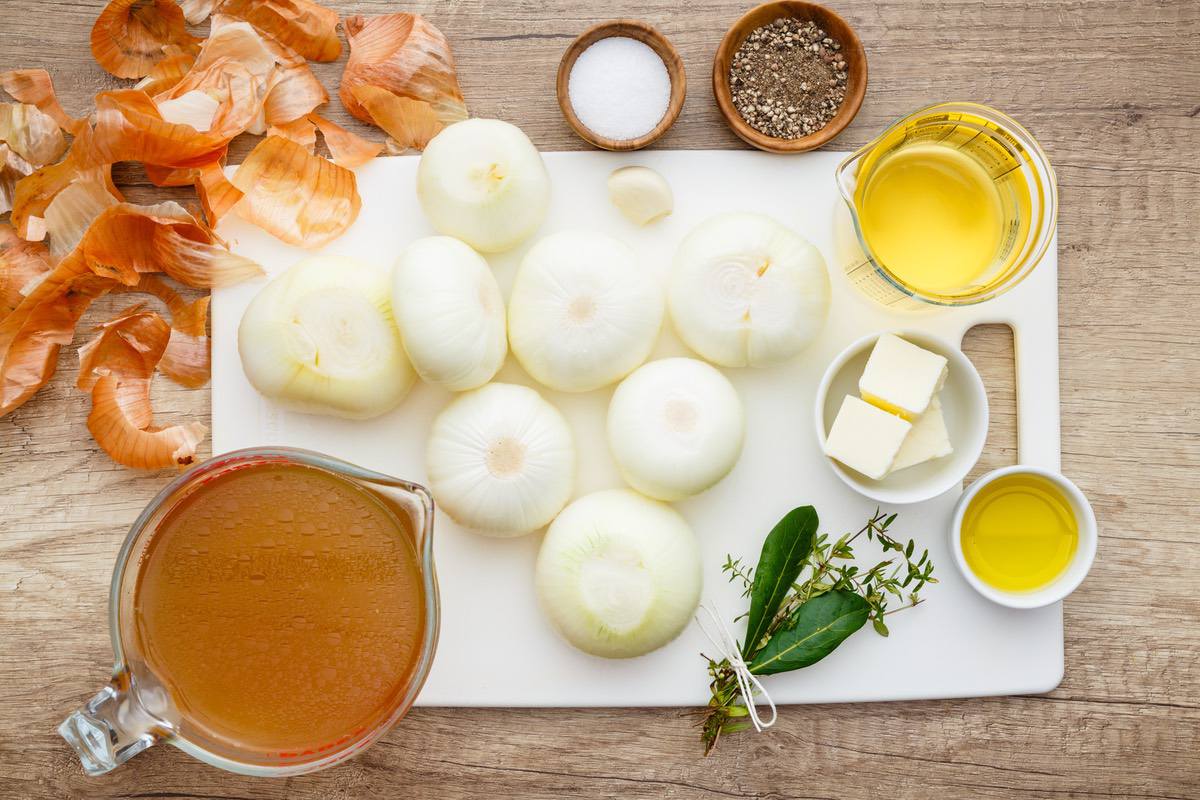 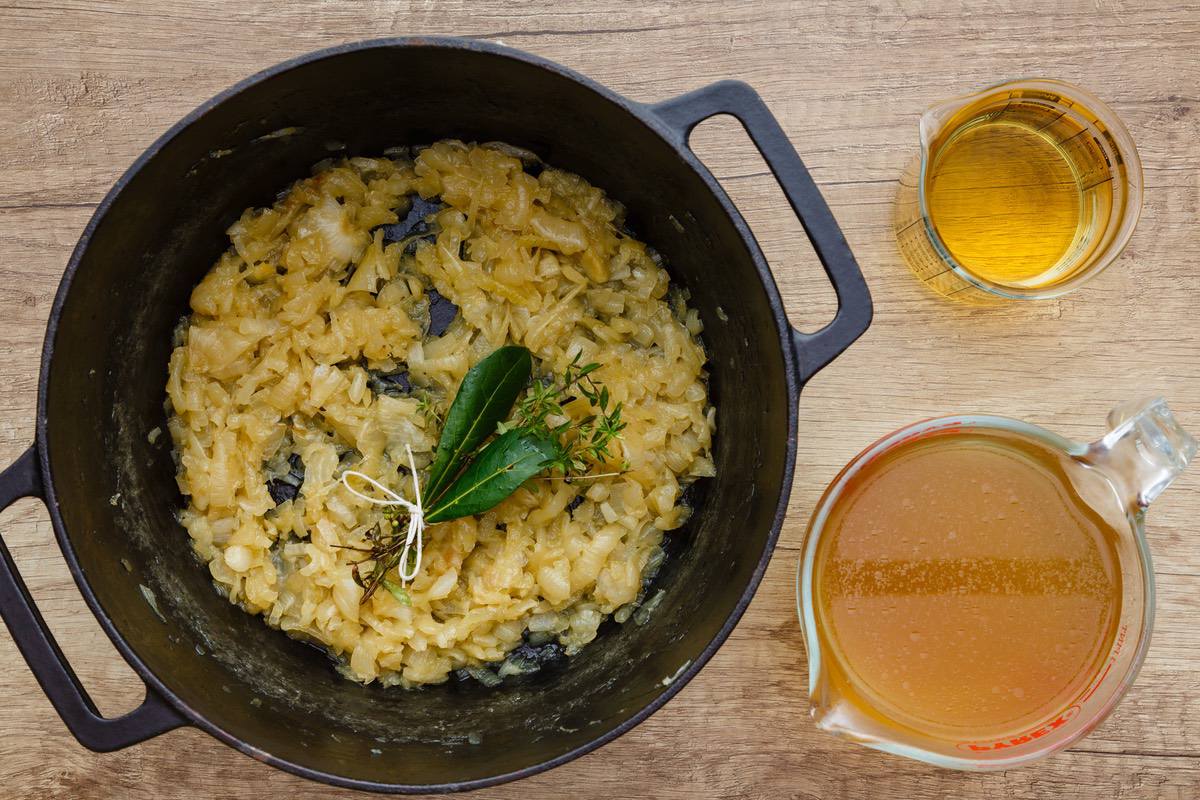 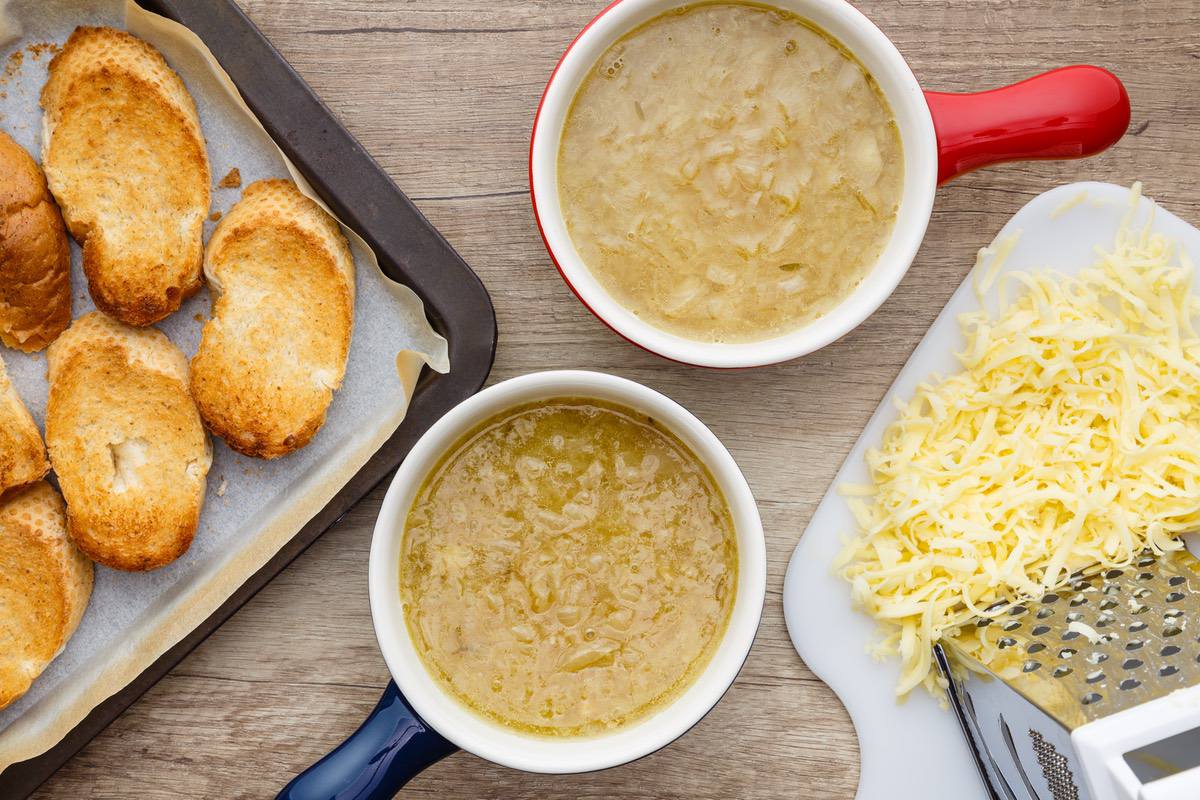 Turn the heat down to medium low and leave it to cook for about one hour, until the onions are golden brown. Next, tie your thyme and bay leaves into a bundle with twine and add them into the Dutch oven along with the dry white wine. While red wine usually gets most of the credit for its cardiovascular health benefits, studies have found that white wines still provides some cardioprotective properties as well due to their antioxidant content. (3) 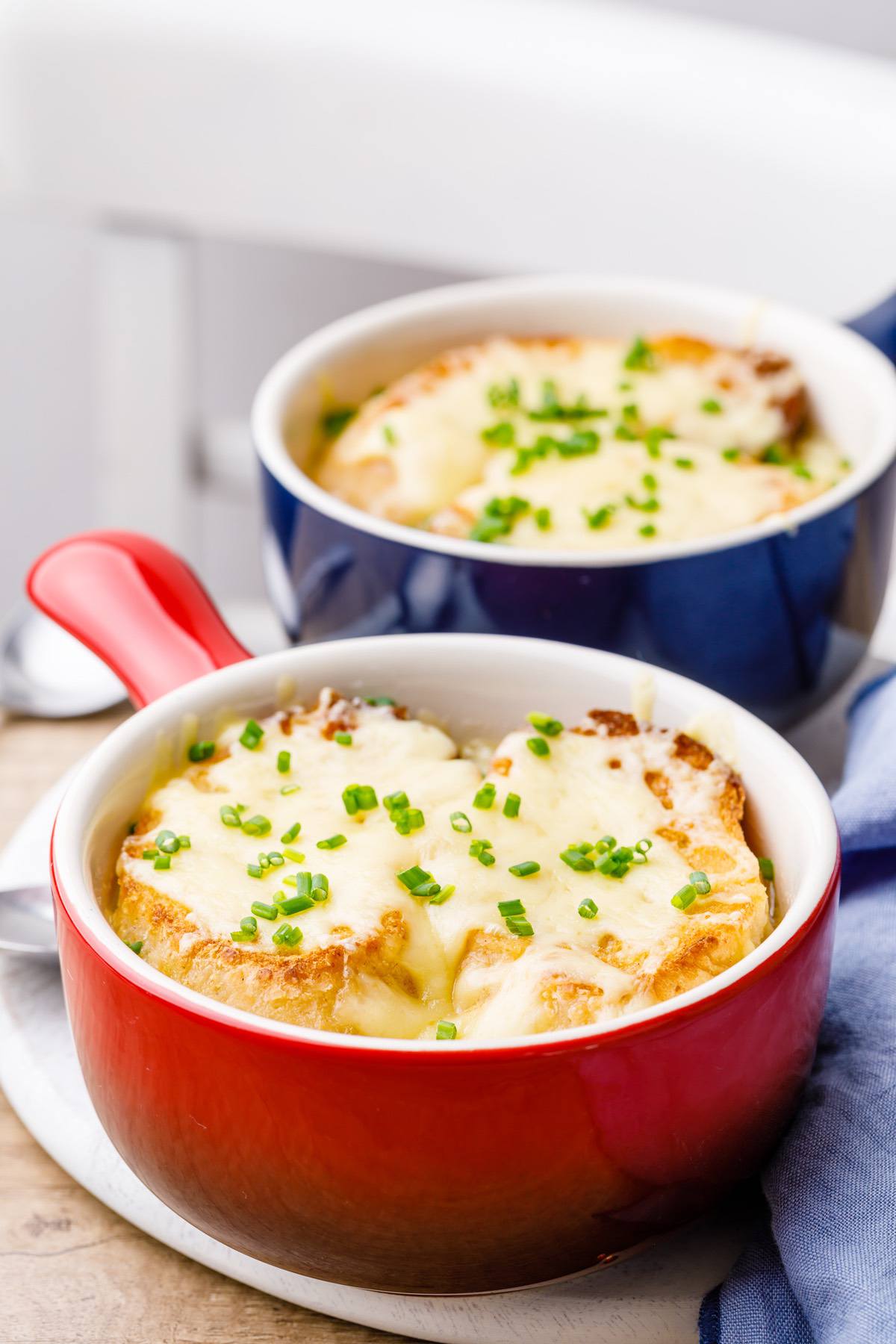 Raise the heat to high and cook the mixture for 5-8 minutes. Next, add in six cups of homemade bone broth, and salt and black pepper to taste. Bring the soup to a boil and then reduce it to a simmer before leaving it to cook uncovered until the broth thickens. You can then remove the pot from the heat and get rid of the thyme and bay leaf bundle. With that done, preheat the broiler with the oven rack in top position. 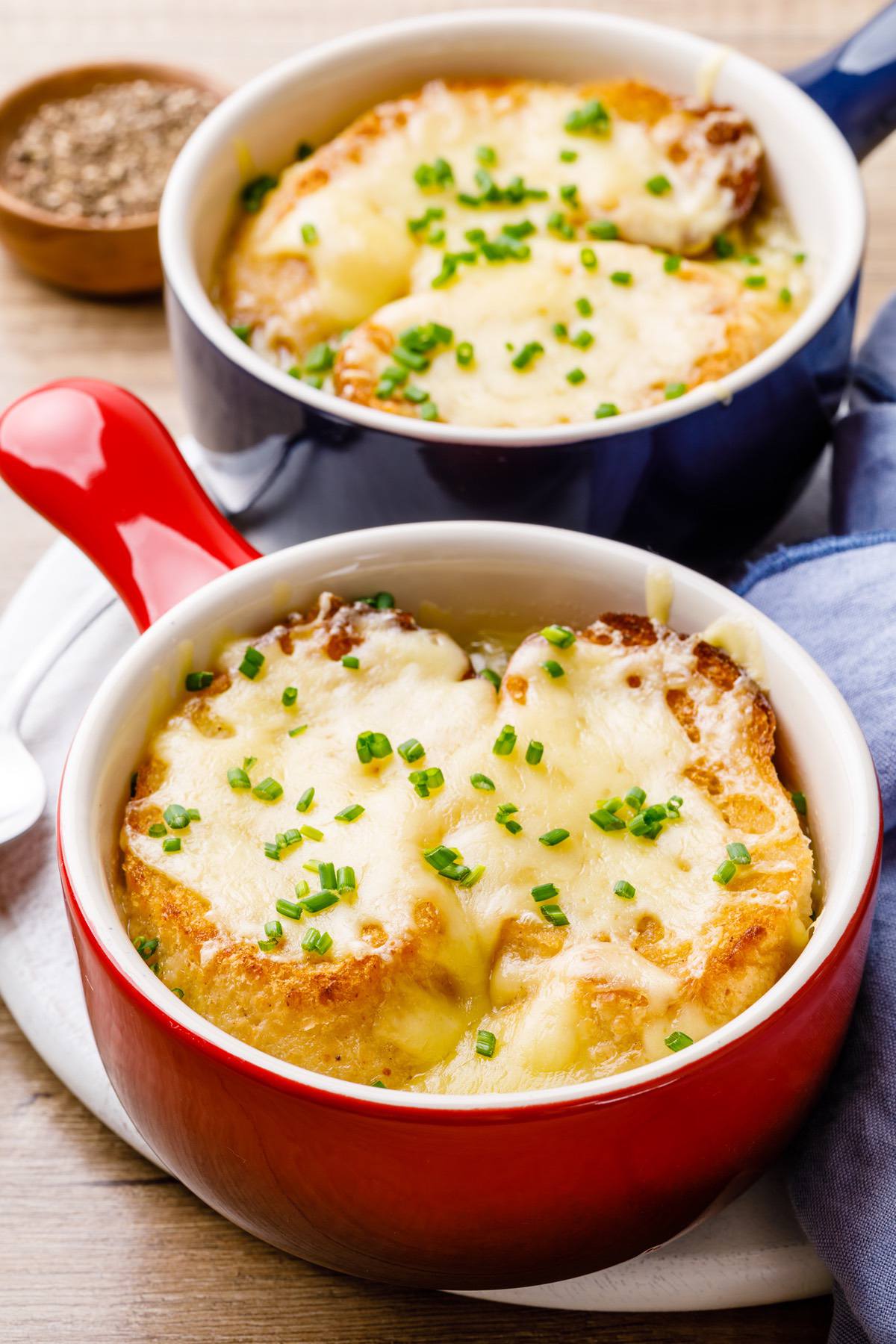 Toast your baguette slices on a baking sheet and toast it for about one minute on each side. To finish the soup off, divide it evenly between four bowls and then top each bowl with the toasted baguette slices and shredded Gruyere cheese. Broil them until the cheese melts, then add fresh chives as a finishing touch before serving. Just don’t be surprised when you discover that this might be the best bowl of French onion soup that you’ve ever tried!

(You may also like: Soul-Satisfying Beef Cabbage Weight Loss Soup) 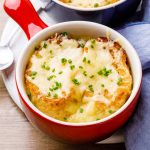