Step one – make your own homemade wontons with ground chicken and a savory mix of soy sauce, ginger, sesame oil, and chives. Step two – make a ridiculously tasty bone broth soup mixture out of homemade bone broth, ginger, garlic, scallions, and spinach. Step three is to combine the two in order to make this life-changing bone broth wonton soup recipe. This recipe tastes every bit as good as you would expect thanks to the fantastic mix of healthy ingredients used. And as with all of our other great superfood soup recipes, this bone broth wonton soup is extremely good for you, offering a ton of balanced nutrition in a bowl.

I Really Can’t Get Enough of this Wonton Soup

Making this wonton soup is basically like following two separate recipes and then combining them. The first thing you’ll want to do is get your wontons ready by preparing their filling. You can do this by mixing together the ground chicken, soy sauce, grated ginger, chives, white pepper, and a pinch of salt to taste. This great combination of ingredients really works to give your wontons a delicious blend of salty and spicy flavoring while the ground chicken provides plenty of protein and saturated fat. I particularly like the use of ginger in this recipe, as it provides some great anti-oxidative and anti-inflammatory properties. (1) 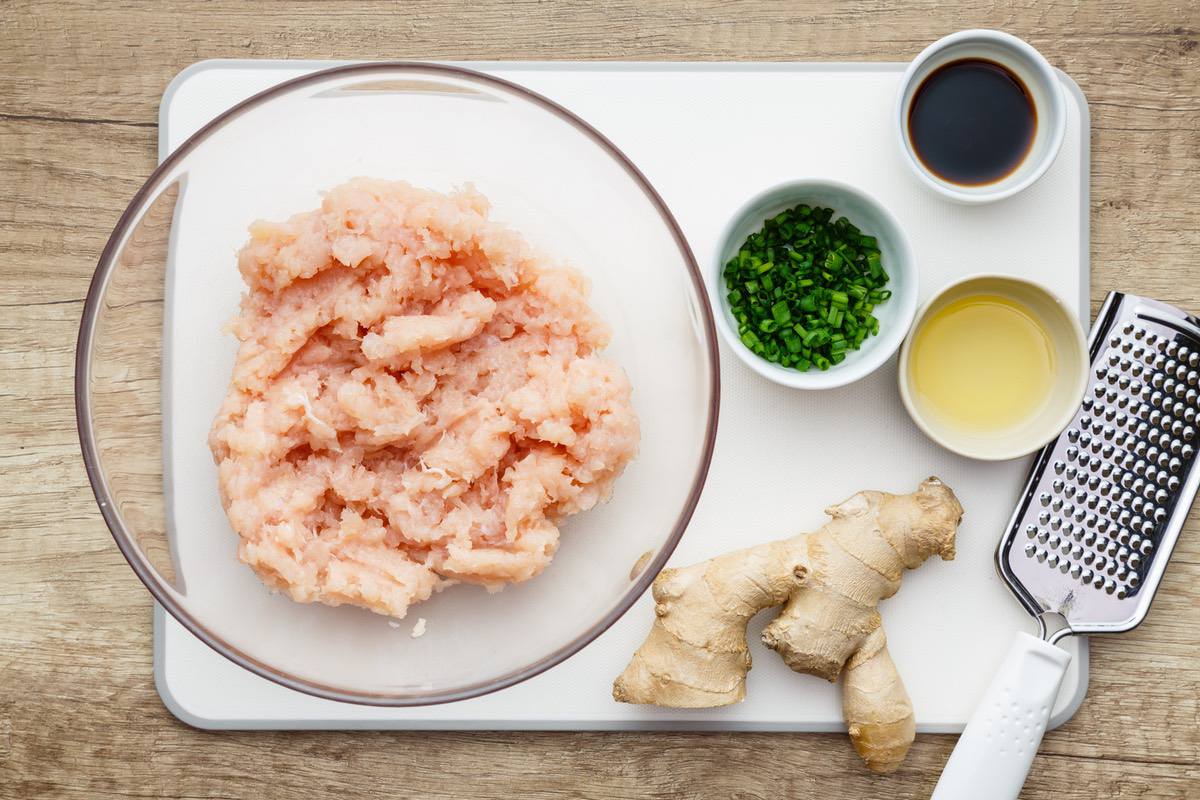 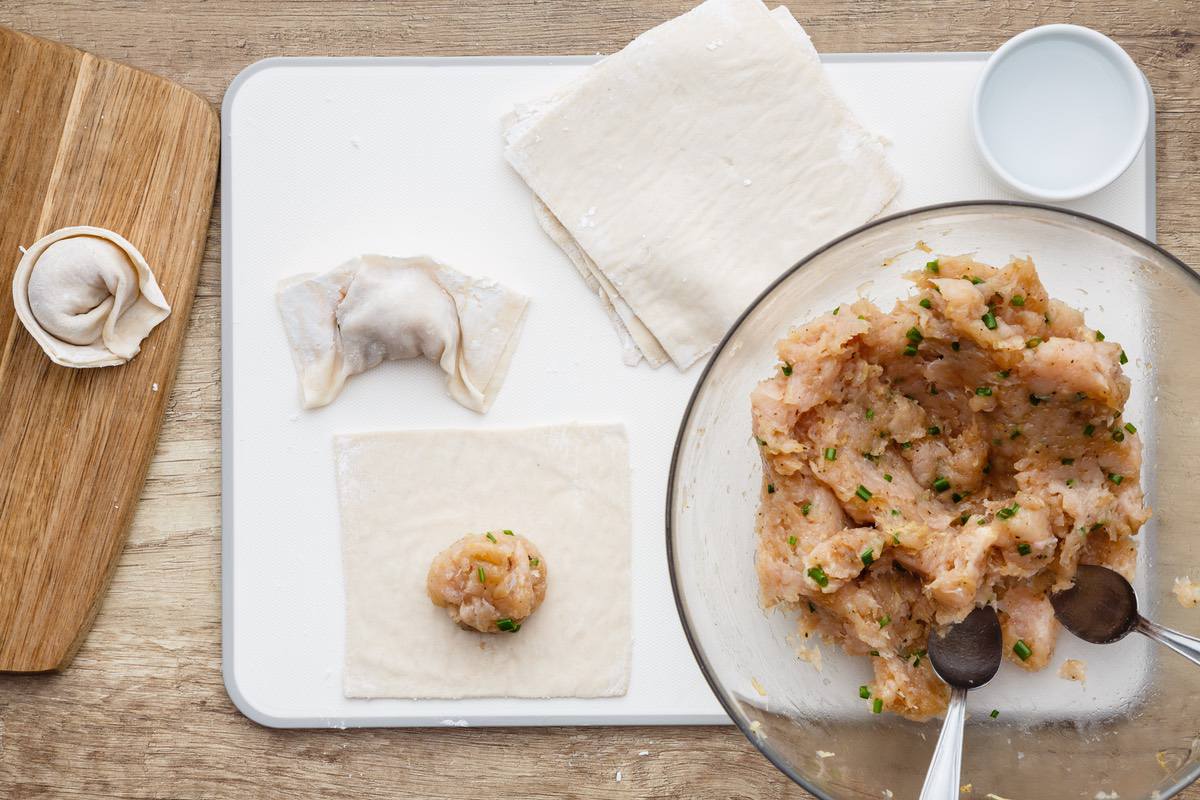 After combining the filling ingredients, you can place your six cups of homemade bone broth into a large pot along with two cups of water. Add in two large garlic cloves and a 2-inch piece of ginger that has been peeled. I’ve already mentioned what a great ingredient ginger is when added into this soup, but the garlic also offers some rather remarkable health benefits as well. It’s similar to the ginger in that it offers some potent anti-inflammatory properties, but it’s also known to be great for giving your immune system a boost and helping to prevent cancer. (2) 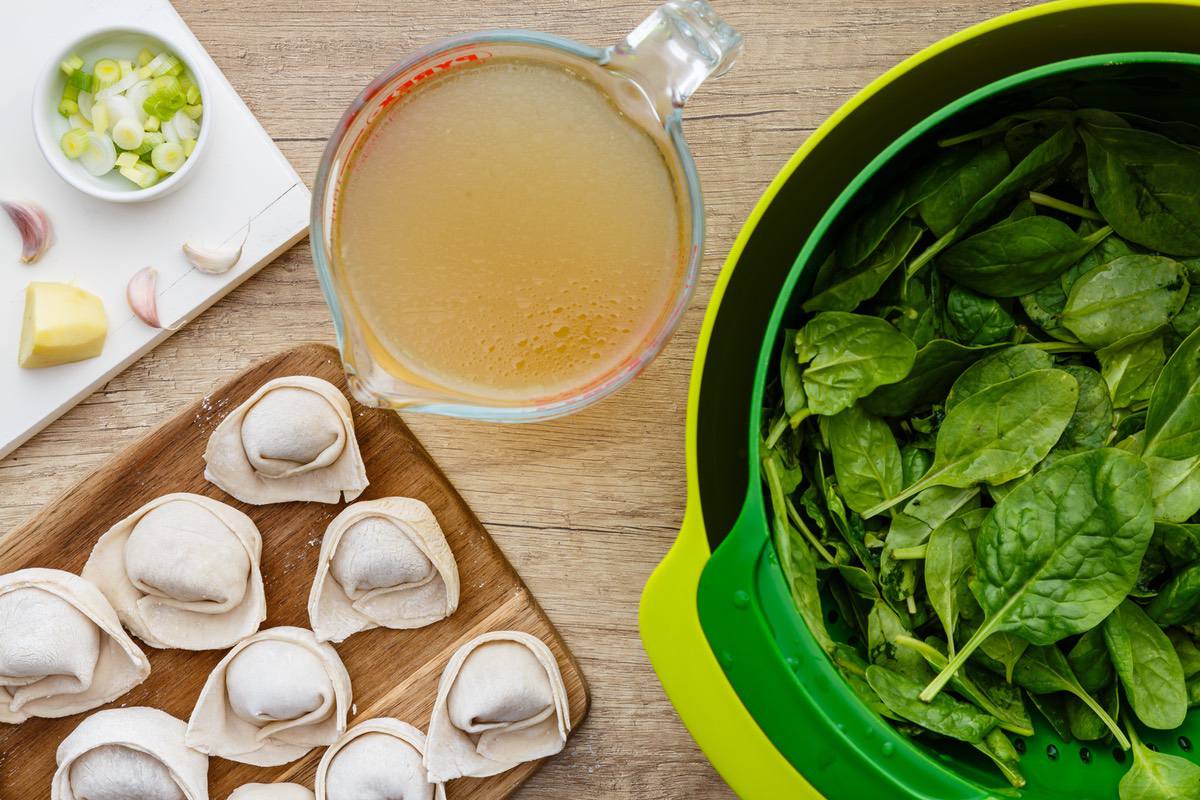 Leave the ginger and garlic to cook for about 20 minutes. Meanwhile, you can place a teaspoonful at a time of your wonton filling in the center of your wonton wrappers. Moisten their edges with a bit of water, and then fold them in half to create a rectangular shape before folding the sides inward. Repeat this process with the rest of the filling. After the 20 minutes is up, go ahead and discard the garlic and ginger – they’ve done their job of infusing the broth with an immense amount of flavor. 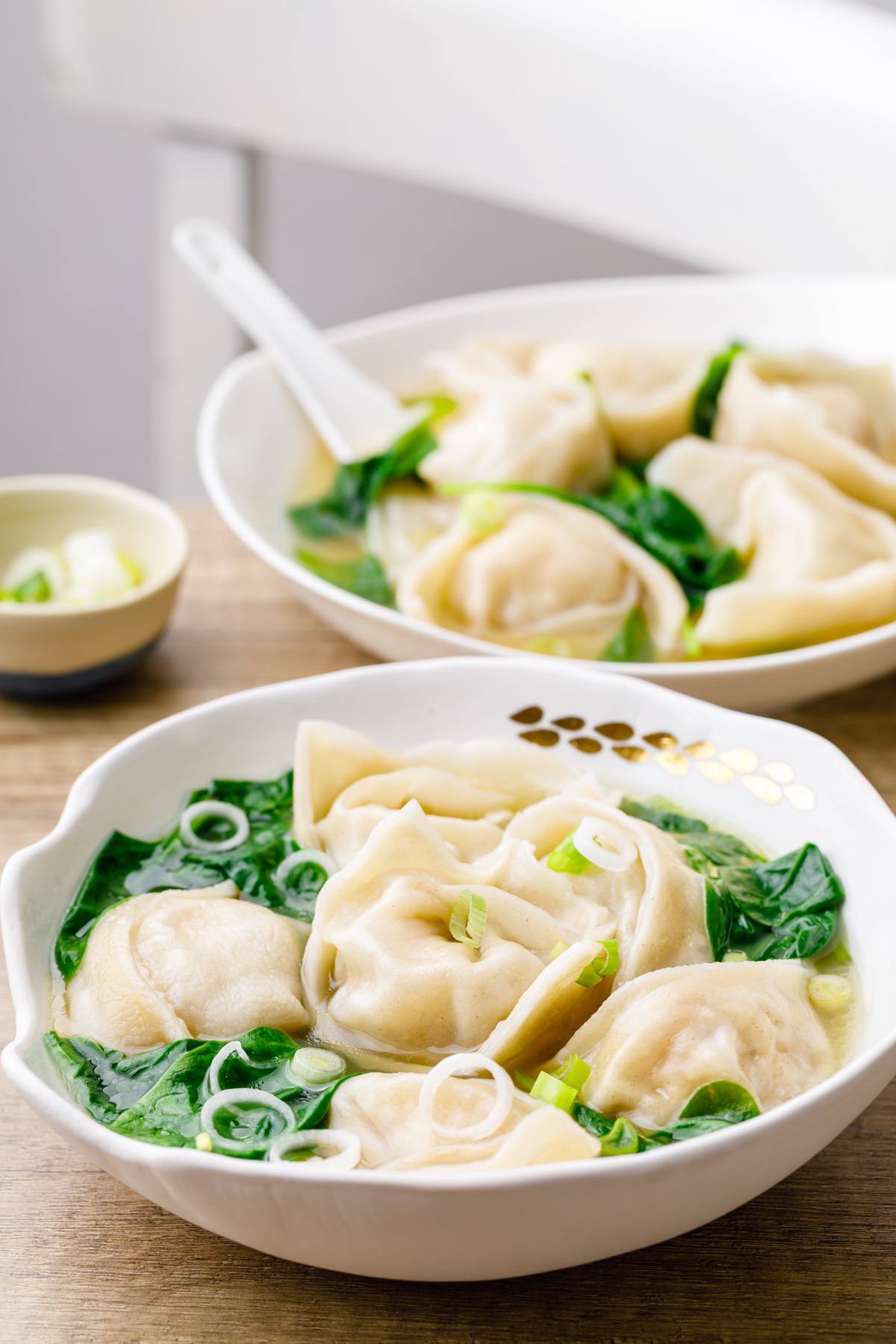 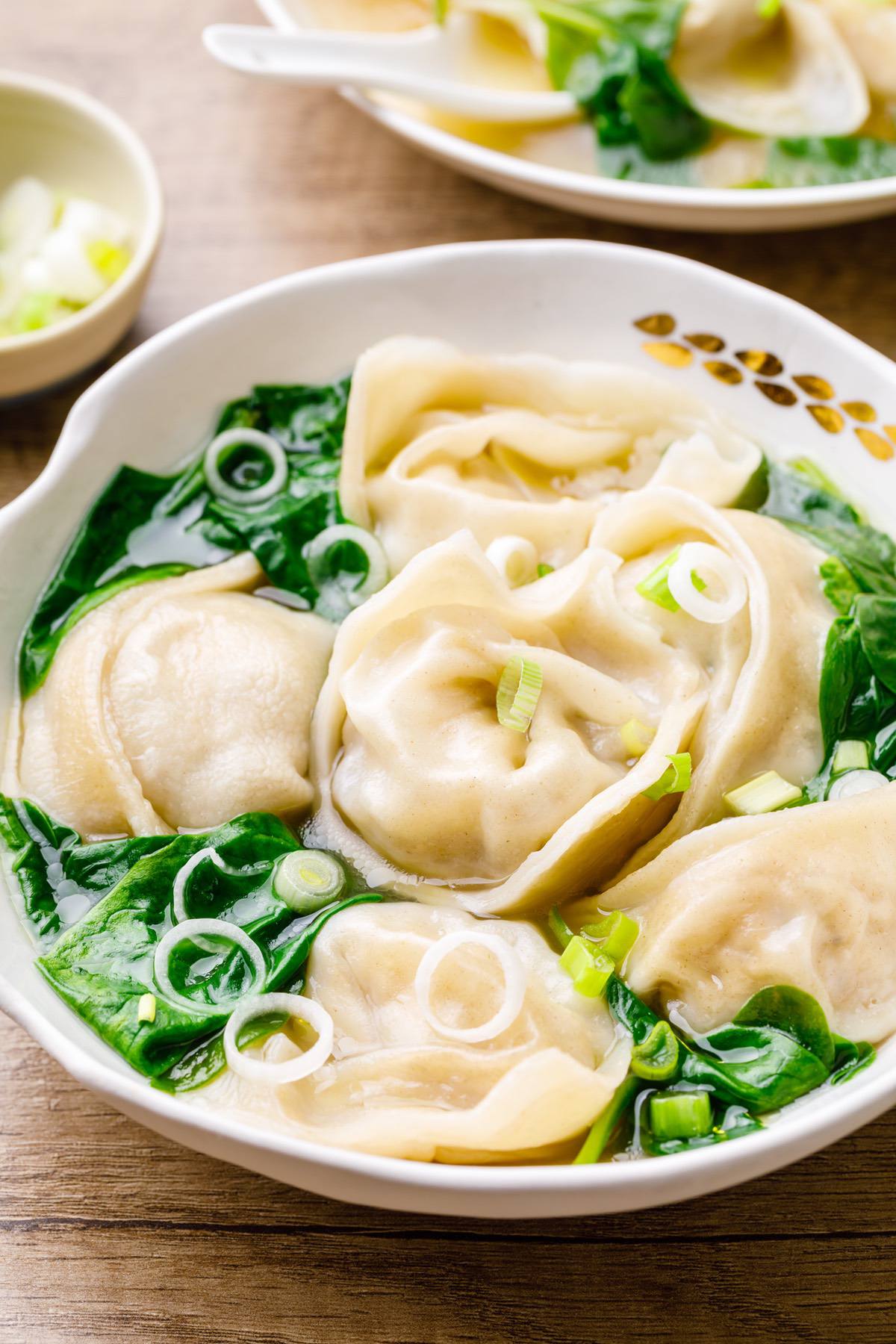 You’ll next want to cook your wontons in a pot of boiling water for about three minutes. Drain them and set them aside while you add in the baby spinach leaves to your simmering broth. I love adding spinach in at the end like this because it adds an incredible amount of essential vitamins, minerals, and antioxidants into the mix. It’s also one of my favorite healthy green veggies in general – it’s been proven to help prevent several different types of chronic disease. (3) You can finally add your cooked wontons into the broth and allow them to warm through for about 30 seconds. With that done, go ahead and ladle your wontons and broth mixture into bowls, drizzle with a bit of sesame oil, top with a few sliced scallions, and dig in!

(You may also like: Farm-Fresh Egg Drop Soup for Weight Loss) 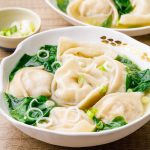