Every time that I go out to eat at a restaurant, my go to appetizer selection has always been garlic bread. I’m seriously hooked on it! Unfortunately it’s all too easy to watch the numbers on the scale start to creep up when you indulge in garlic bread a little too often. Thankfully, it’s possible to make a magical low carb paleo garlic bread thanks to great recipes like the one I’ll be sharing today. With this recipe, you’ll be making your own homemade paleo-friendly bread along with an unbelievably good homemade garlic butter, and putting the two together ends up making what just might be the best garlic bread you’ve ever tasted.

How to Make the Best Paleo Garlic Bread Ever

The first order of business when making this recipe is to prepare your low carb bread. It’s made with a great mixture of ingredients in order to keep things as low carb as possible. It all starts by mixing almond flour, psyllium husk powder, salt, and baking powder together in the bowl of a stand mixer. I love using almond flour for my low carb baking needs because it’s full of healthy fats, fiber, protein, vitamins, and minerals. Almonds in general are great for everything from reducing cholesterol and inflammation to helping with weight management, with almond flour providing the same great benefits. (1)

The psyllium husk powder is another great ingredient to use because it’s an excellent source of dietary fiber as well. It’s especially useful for anyone who’s first starting out with a low carb diet since some people can struggle with getting enough fiber while initially adjusting. Psyllium husk is also a great supplement to pair with the almond flour in this recipe since they both provide some fantastic cholesterol reducing benefits. (2) After mixing the above ingredients together, go ahead and mix in two tablespoons of apple cider vinegar, one cup of boiling water, and two eggs until the mixture is well combined and the dough firms up. 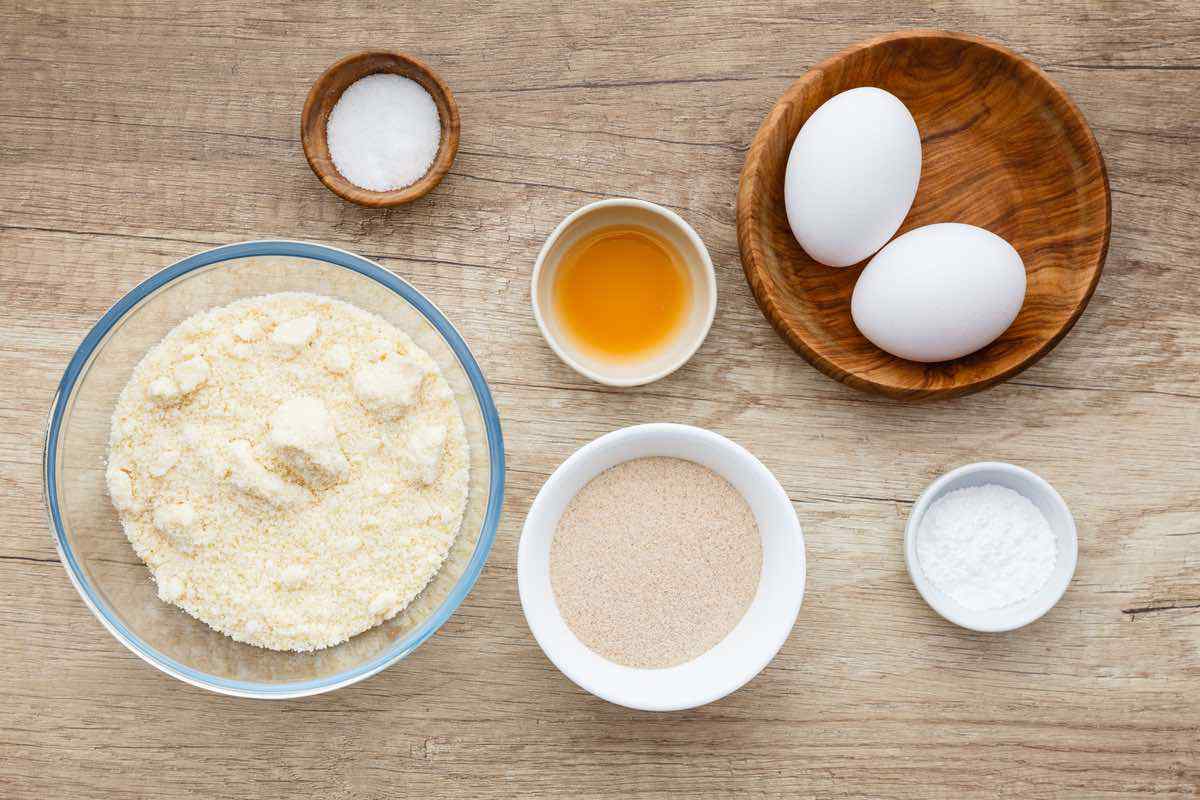 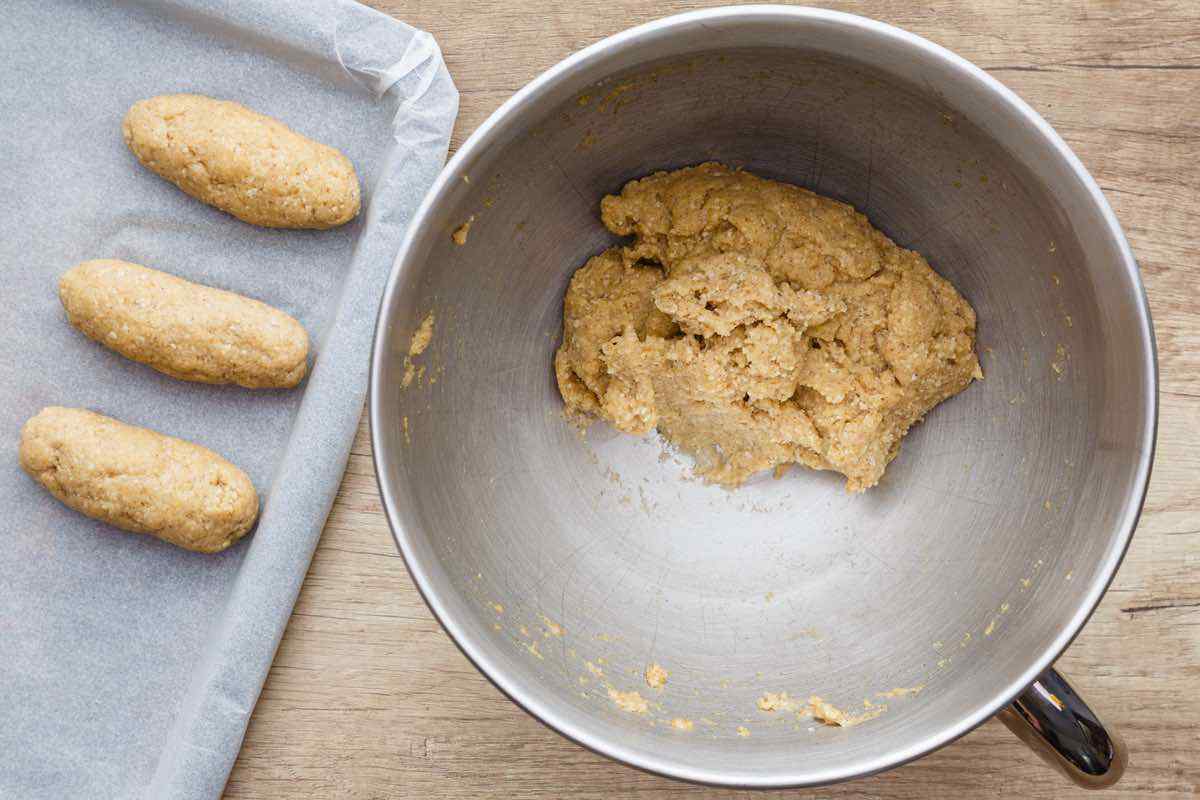 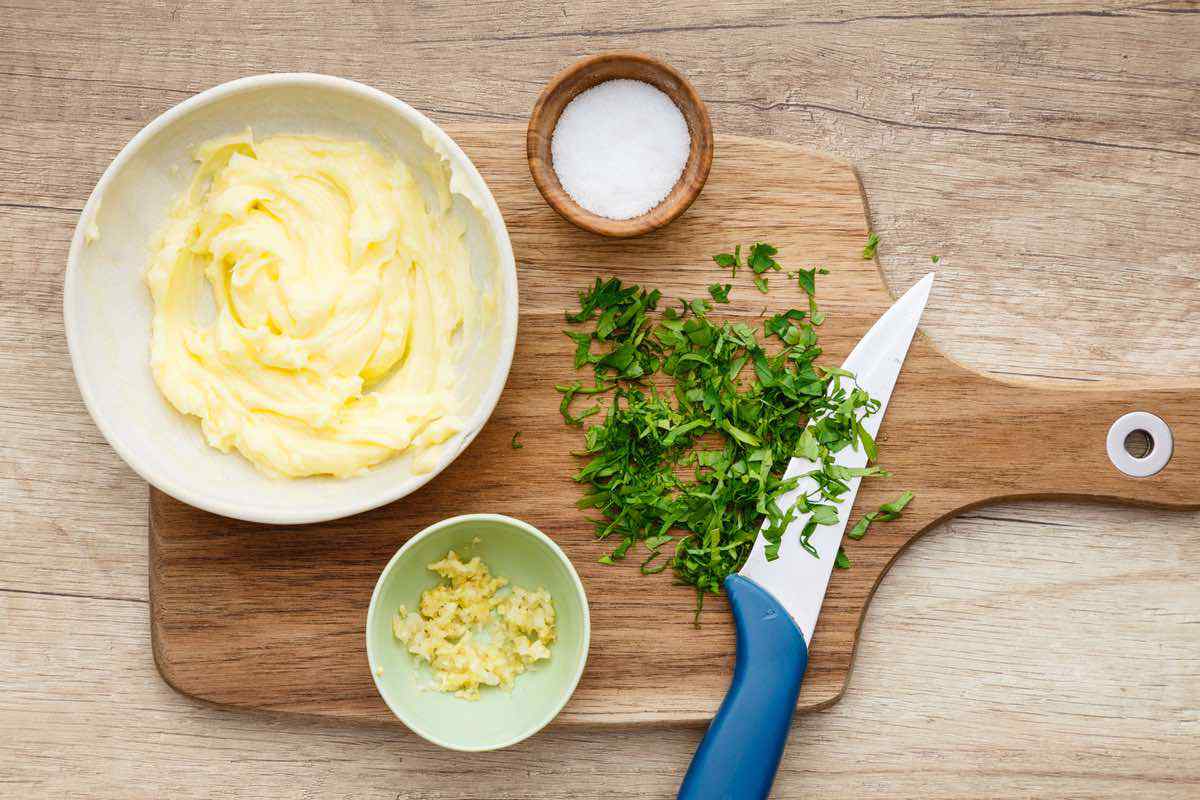 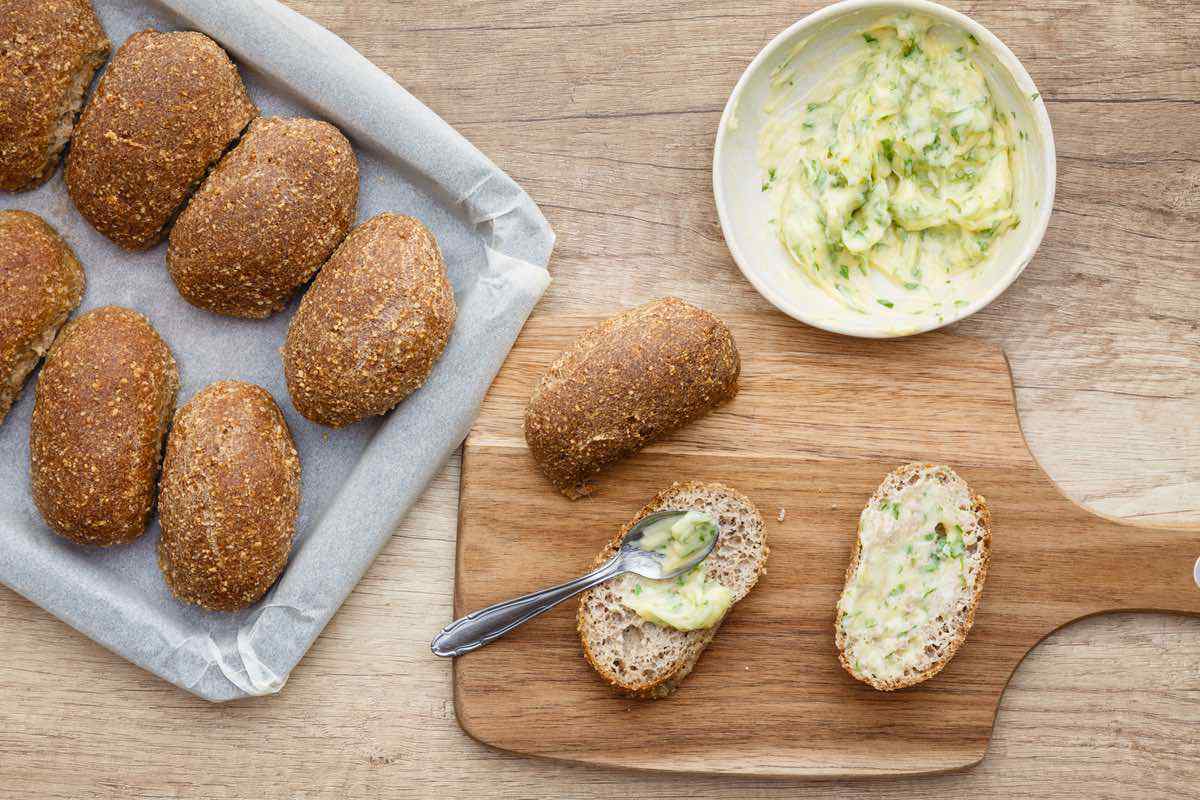 Next, moisten your hands and take your bread dough and divide it into 10 balls before rolling them out into a shape like hot dog buns. Place them on your prepared baking sheet and throw them in the oven at 350°F for between 40-50 minutes. While they’re baking, you can make your garlic butter by mixing together the softened ghee, garlic cloves, salt, and parsley. I love making my own garlic butter like this because I know exactly what goes into it. Using real garlic cloves is a great choice too because they provide some pretty potent immune boosting and anti-inflammatory effects to your garlic bread. (3) 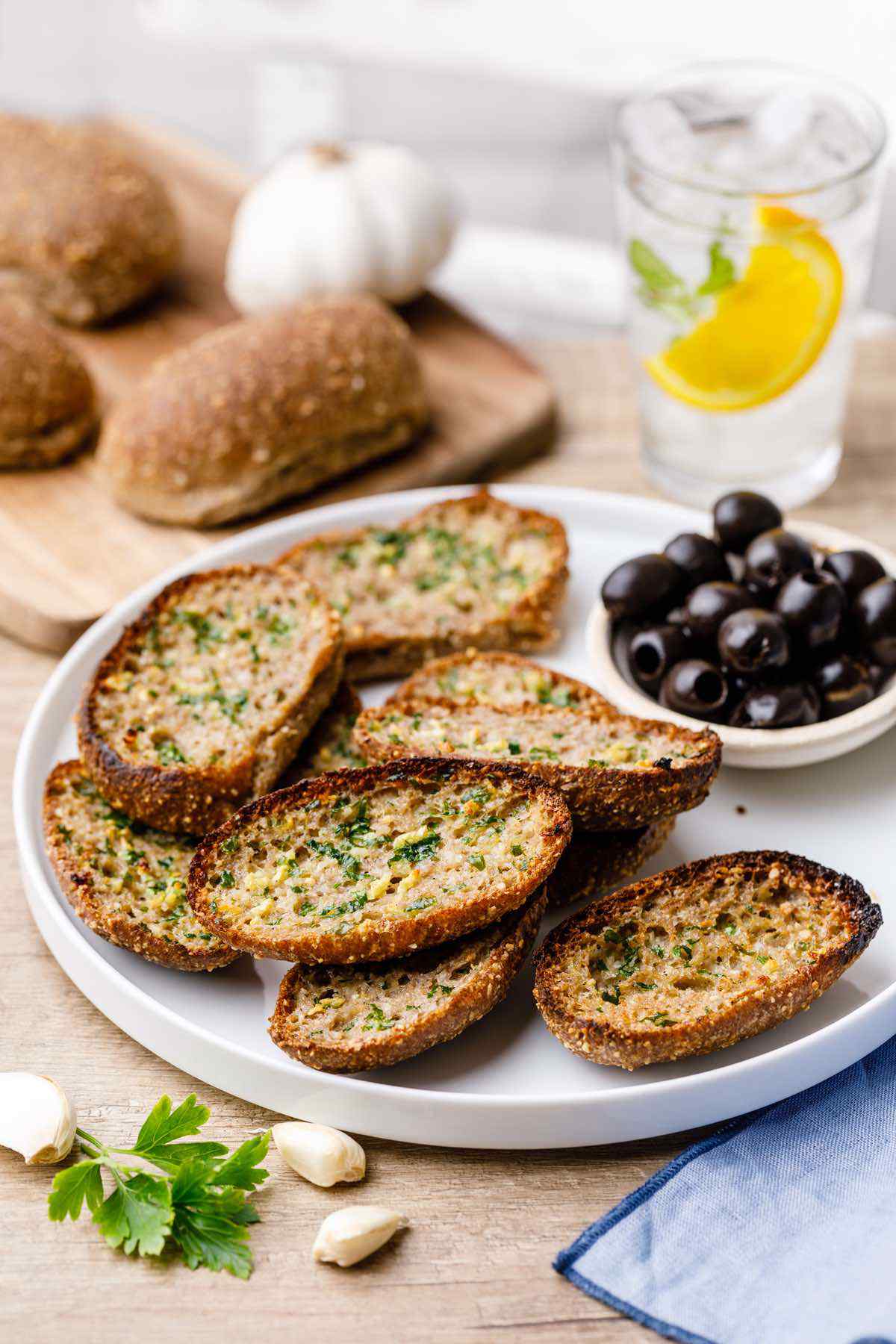 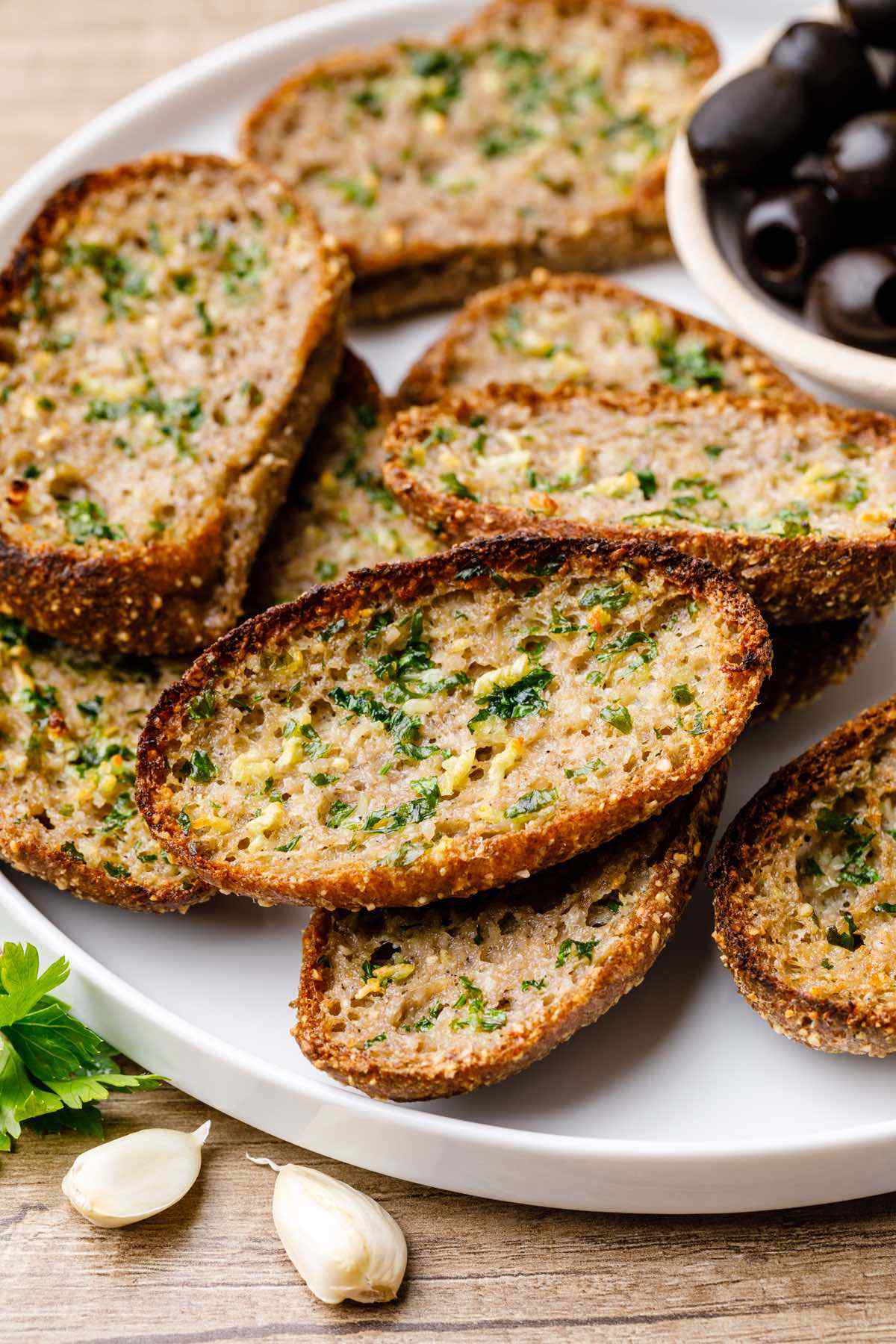 To finish off the recipe, cut your hot dog buns in half once they’re finished cooling off and then spread the garlic butter on each half. Finally, broil the halves for 3-5 minutes each, checking them frequently to ensure they don’t burn. You’re also going to want to serve them immediately once they’re ready to get the most out of them — but I’m sure that won’t be a problem once you see how incredibly good they smell as they’re cooking! 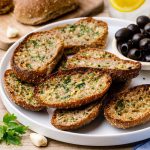 How to Make The Best Low Carb Paleo Garlic Bread

For the garlic butter: