The recipe that I’ll be sharing with you guys today just might make the ultimate low carb cake. It’s definitely one of the tastiest cakes I’ve ever tried. This scrumptious low carb cinnamon coffee cake is made with nothing but real whole food ingredients — there’s no unhealthy junk or additives anywhere to be found here. Just a whole lot of cinnamon spice deliciousness. And just wait until you try the homemade topping! It’s made with a terrific blend of cinnamon, apples, and walnuts, and it’s simply to die for. I made this cake for dessert the other night after dinner and it was a HUGE hit with everybody in my family. And don’t worry — since this coffee cake is low carb and made with such a great mix of healthy ingredients, you won’t have to feel guilty about going for seconds.

Whenever I make this coffee cake, I like to get the topping out of the way first. You’ll first need to melt two tablespoons of butter over a medium heat. For all of our low carb baking recipes that call for butter, I always recommend that you use grass-fed butter. It’s a much healthier choice than butter from grain-fed cows — grass-fed butter contains a lot more vitamin K2 and heart healthy omega-3 fatty acids. (1) With the butter melted, you can then add in one cup of chopped Granny Smith apples, ¼ cup of Stevia, and one teaspoon of ground cinnamon.

Cook the apples for about two minutes, and then remove the mix from the heat. Next, add in the almond flour and chopped walnuts to finish the topping off. Both of these ingredients go perfectly with the apples and cinnamons, as they add a delicious nutty flavor to the topping along with a large amount of healthy fats. 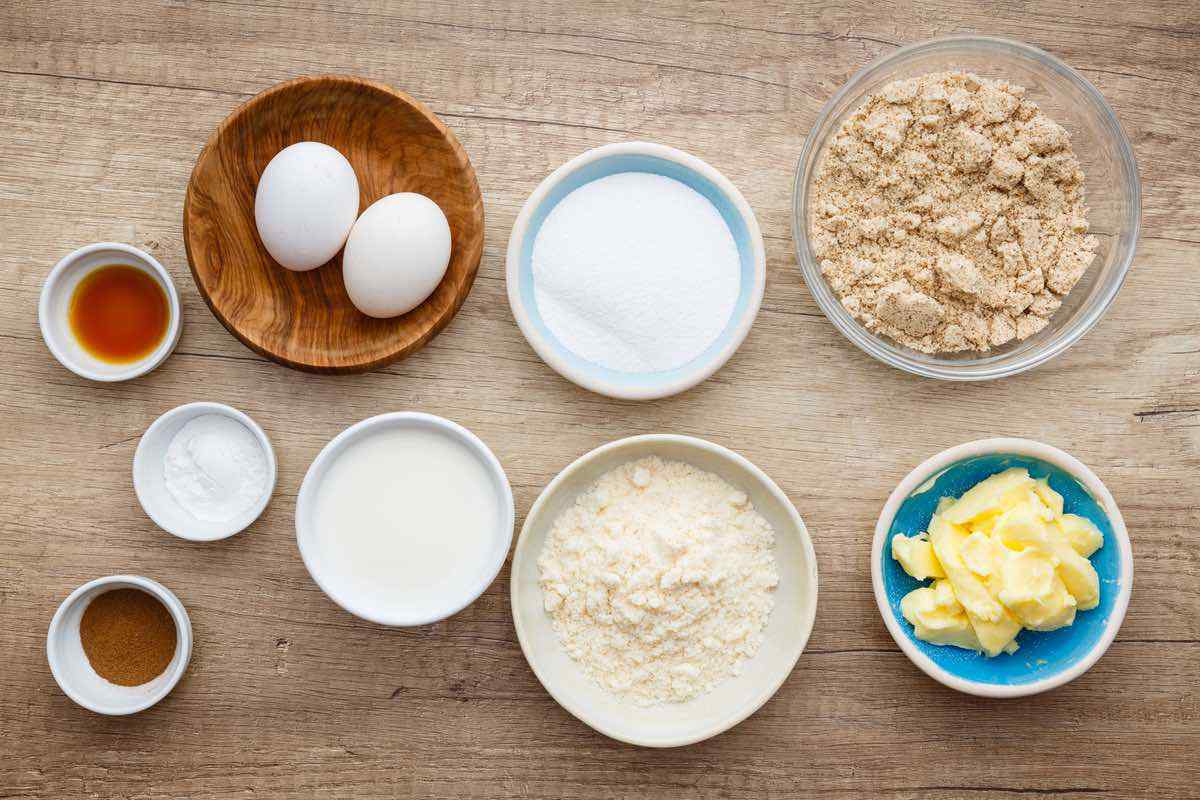 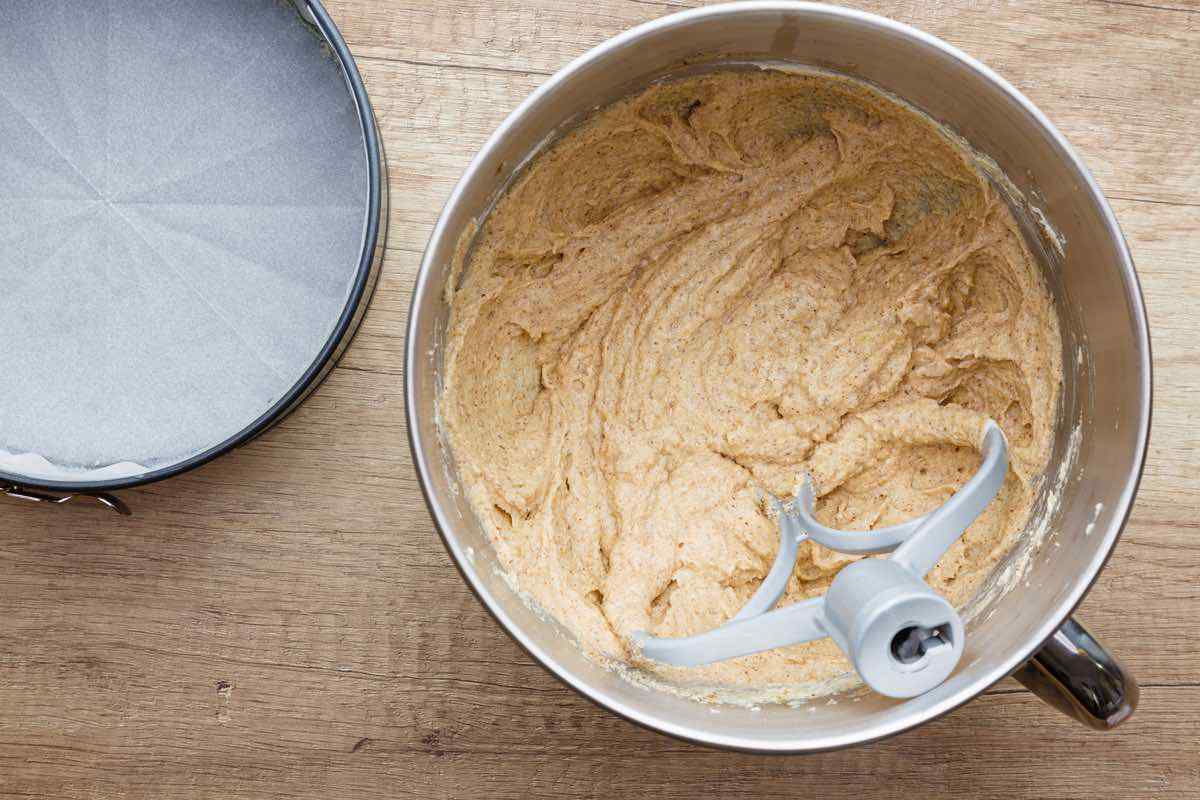 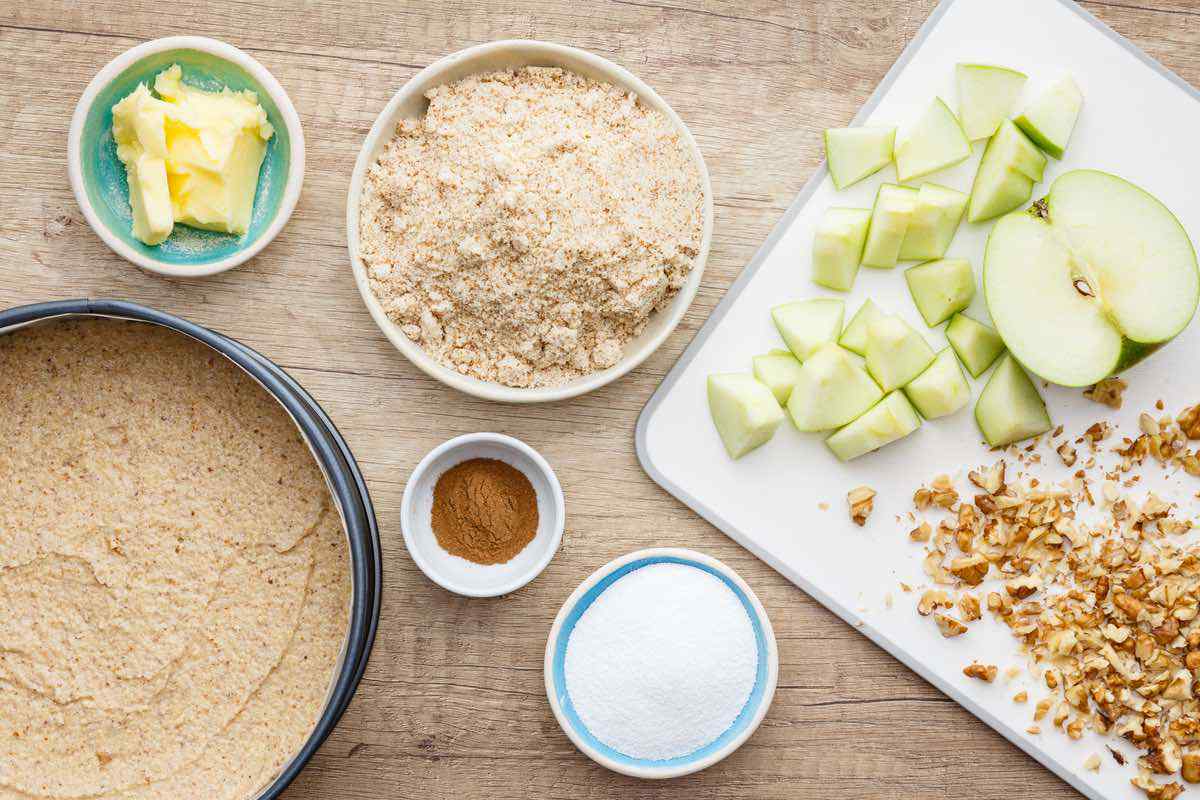 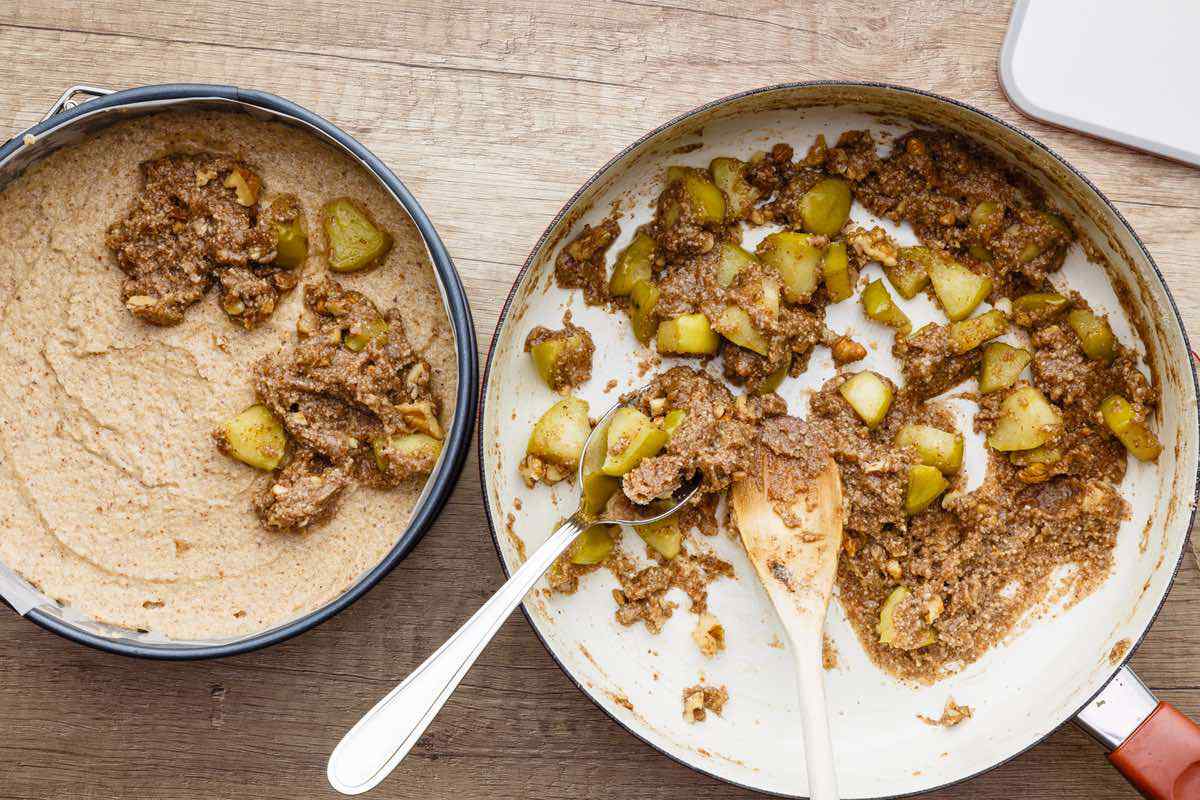 Almond flour is also a solid source of dietary fiber and protein. Walnuts are a great snacking option in general on a low carb diet, as they’re incredibly nutrient-dense and satiating. Studies have also found that walnut consumption helps to keep your brain healthy while you age — yet another reason to enjoy them in yummy recipes like this. (2) 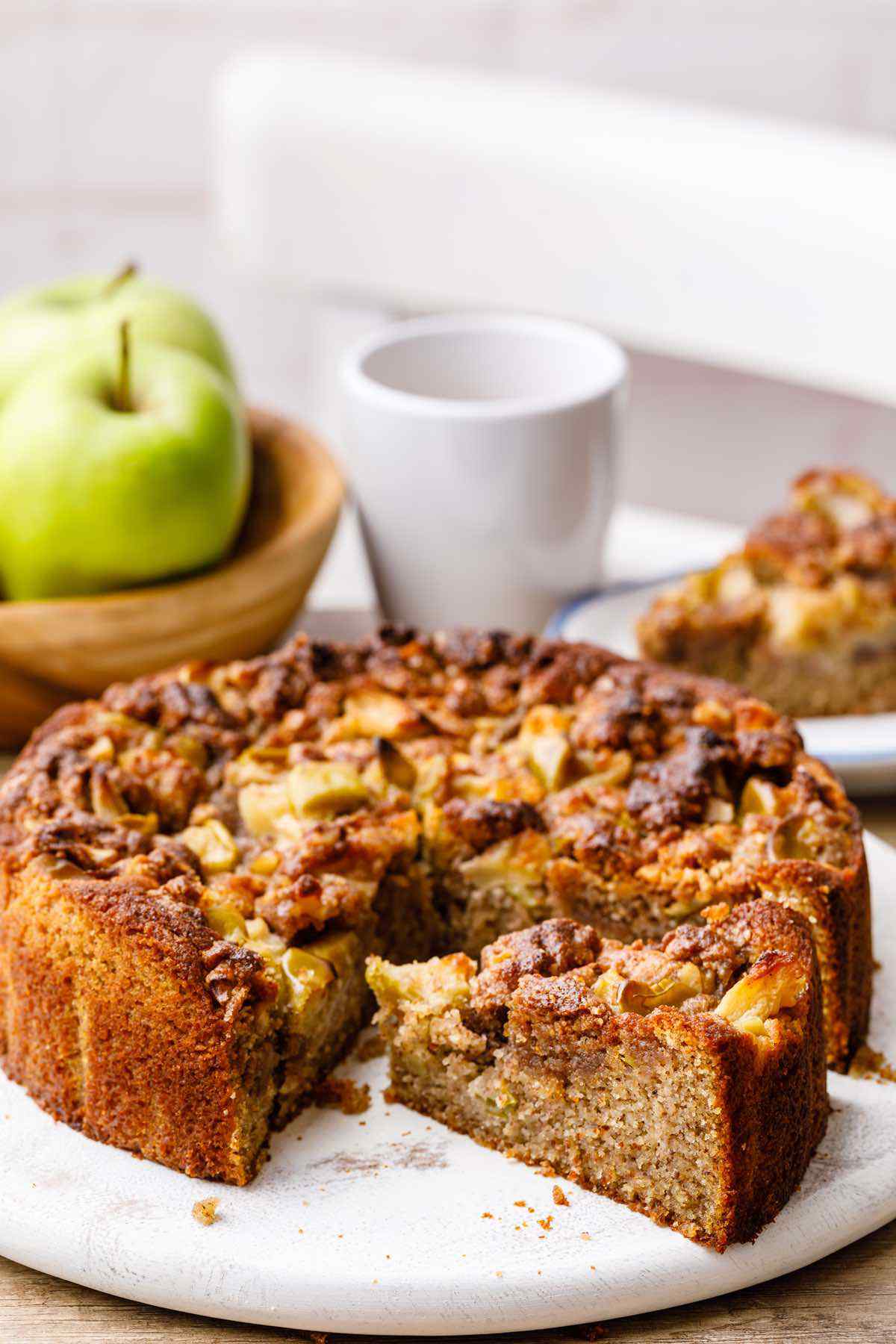 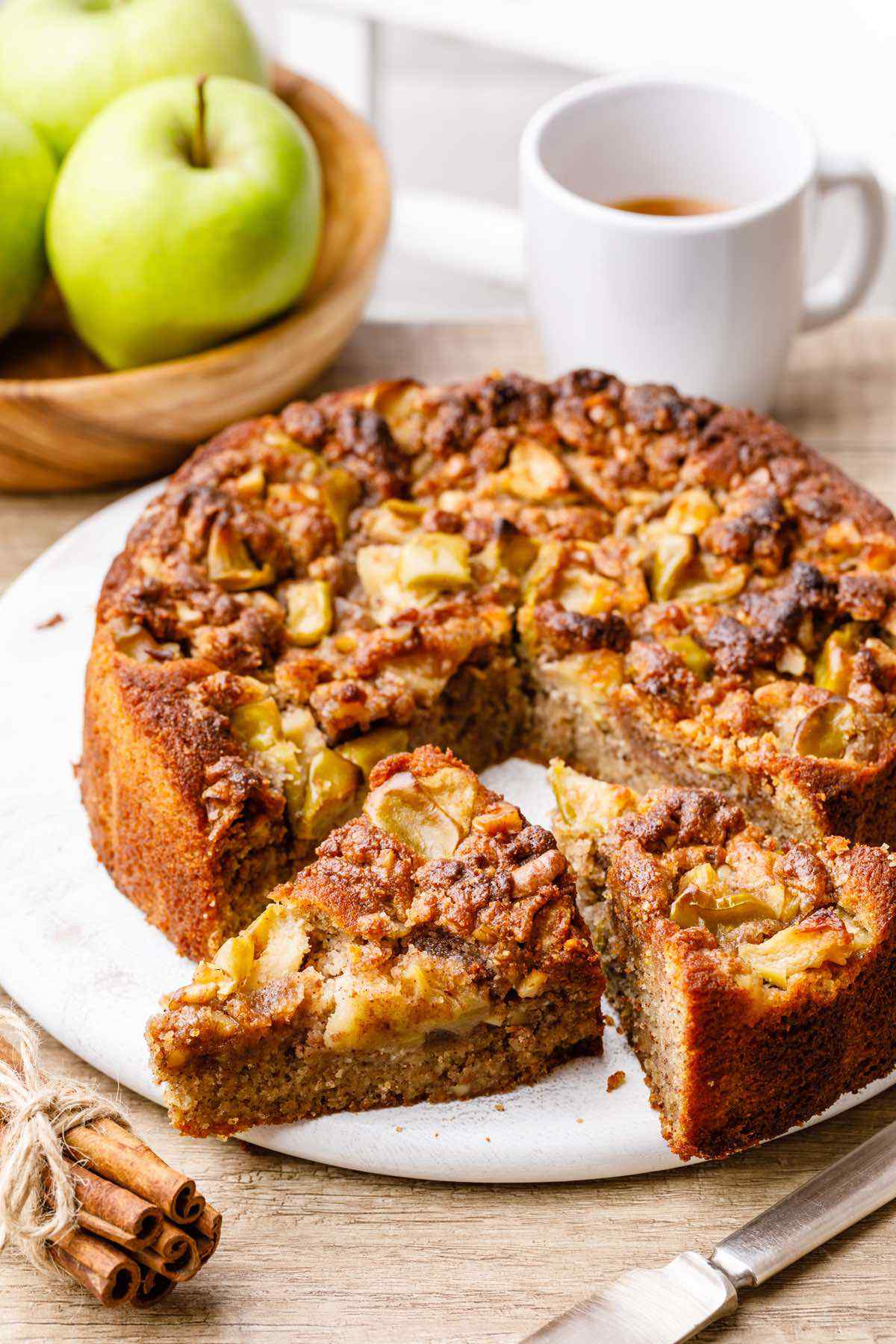 With the topping done, you can start to make the cake itself by combining the remaining almond flour, coconut flour, baking powder, cinnamon, and salt in a bowl. Along with almond flour, coconut flour is one of my favorite types of flour to use when making low carb baked goods. And just like with the topping, the combination of almond flour and ground cinnamon produces some fantastic results when it comes to flavor. I absolutely love the taste of cinnamon to begin with — the fact that it’s full of beneficial anti-inflammatory and antioxidant properties is just the proverbial icing on the cake. (3)

The next step is to cream together six tablespoons of butter with ½ cup of Stevia before beating in a couple of eggs. Finally, gradually mix in the almond flour mixture, one teaspoon of pure vanilla extract, and ½ cup of unsweetened almond milk. Transfer the batter mix to your prepared cake pan, spoon the topping evenly over it, spread it out, and you’ll be all set to fire the cake into the oven. 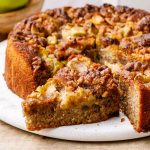