Mayonnaise has always been one of those things that I have a hard time saying ‘no’ too. It just goes so well with so many of my favorite foods. The only negative is the fact that the majority of store bought brands of mayo can be quite unhealthy, with tons of additives and other junk ingredients.

That’s exactly why I started to make my own homemade mayo from scratch using ingredients that can be used as a healthy substitute. Take this recipe for making a quick and easy 4-ingredient homemade avocado oil mayo for example. The avocado oil is loaded with heart-healthy monounsaturated fatty acids, the type that has been shown to reduce cholesterol levels, which helps to lower your risk of heart disease. (1)

While I personally prefer to use avocado oil when making homemade mayo, it’s far from the only healthy ingredient substitute you can use. Here are a few other tasty ways to make it from some of my favorite recipe sites. Some of them also use avocado oil, while some of them switch it up a bit by adding in other goodies – there’s even one that’s made with wine for all of my fellow wine-lovers out there: 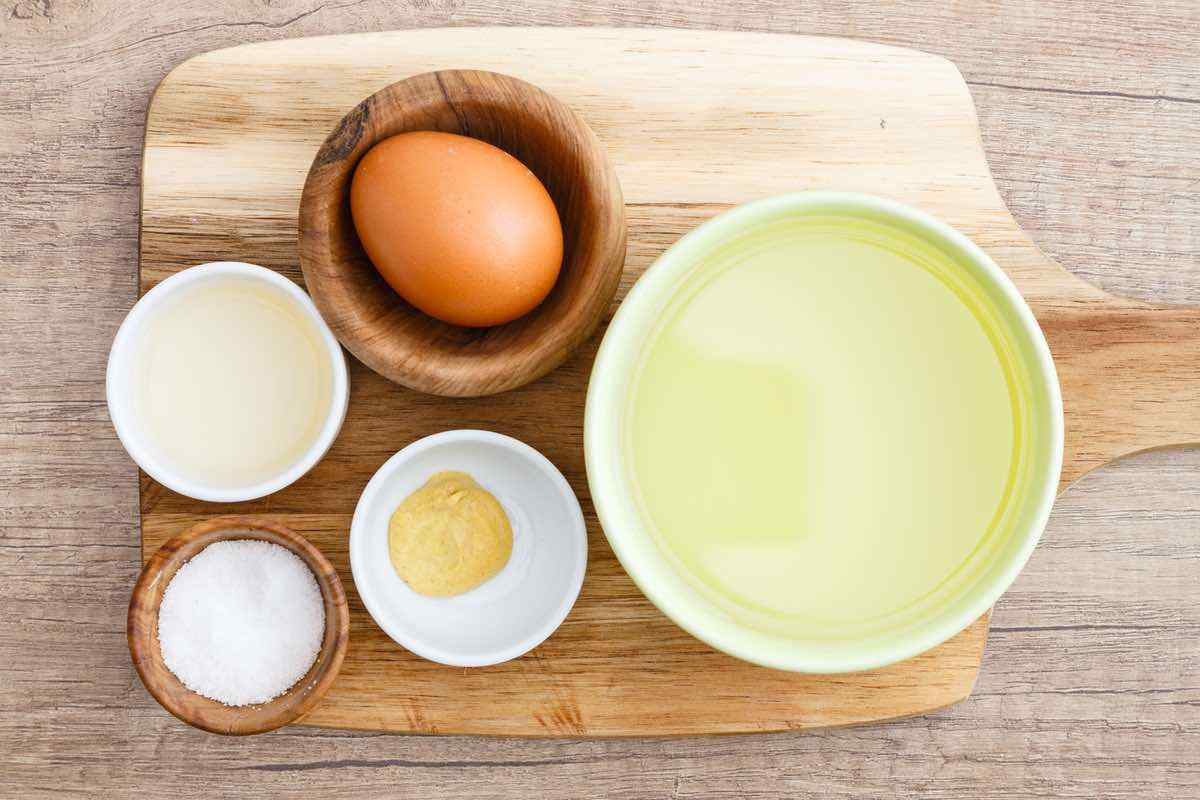 Along with avocado oil, this recipe also included another one of my favorite ‘superfood’ ingredients to use – apple cider vinegar. Not only does ACV taste fantastic in a wide variety of mayo and salad recipes, but there’s also an increasing amount of evidence that it could potentially offer up some pretty impressive anti-inflammatory and anti-obesity health benefits as well. (2)

If you’ve never made your own homemade mayonnaise before, then I thought it might be helpful to share a few helpful pointers so that you can get the most out of this recipe. I’ll be offering up some tips and tricks on making the recipe itself, while also pointing out some of the lesser known benefits of some of the ingredients used. 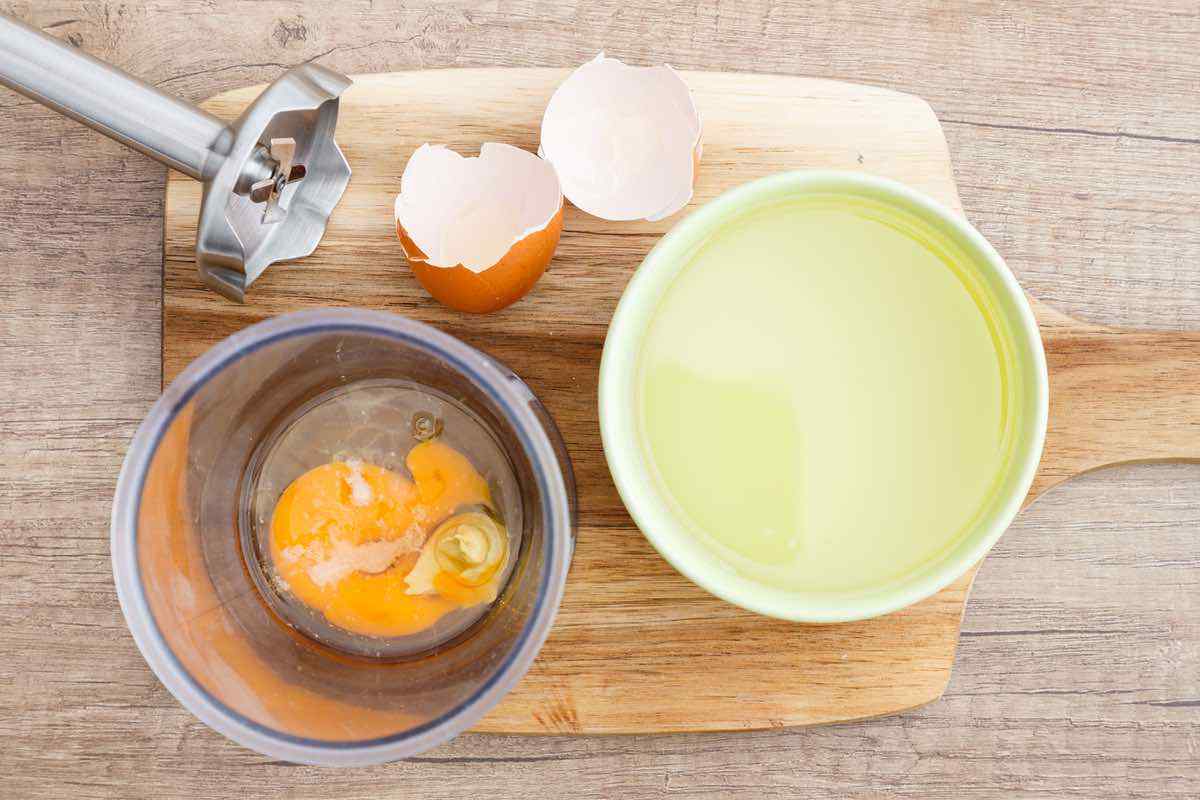 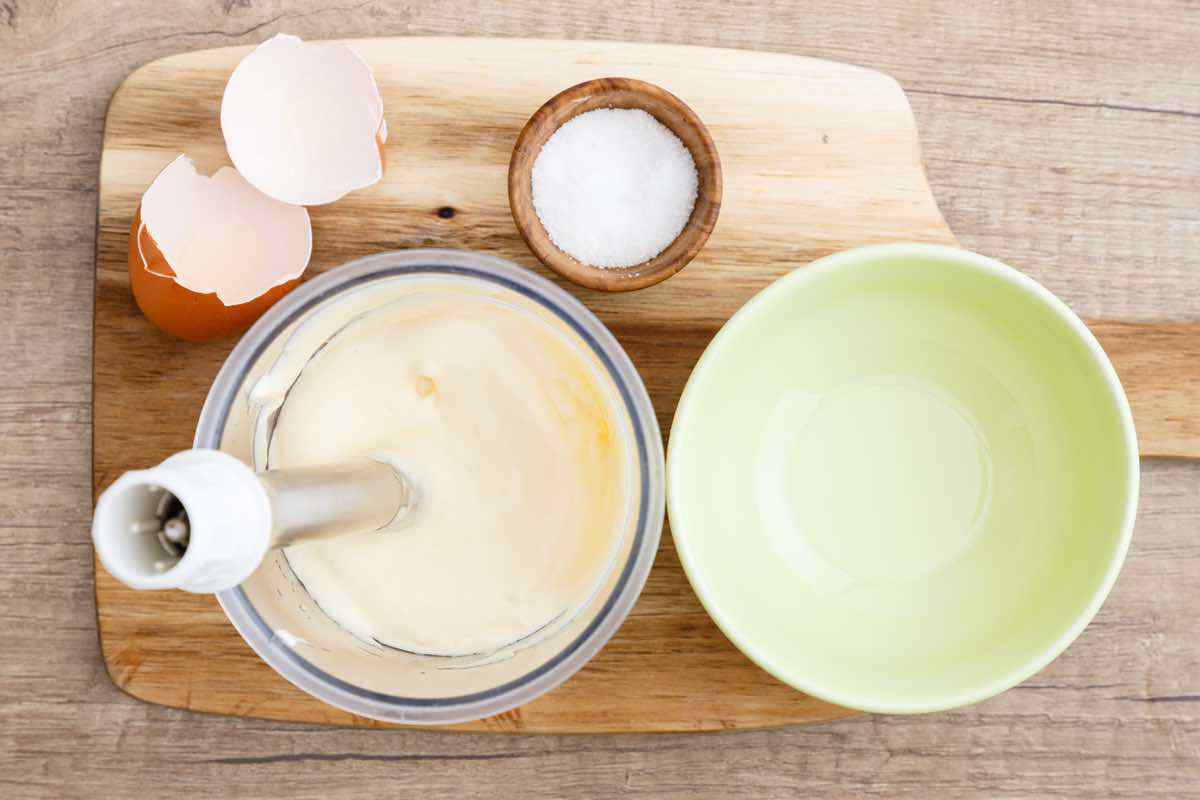 As with all types of cooking oils, avocado oil can definitely spoil. In general, you should be able to get an average of about two months of use out of an opened bottle of avocado oil, so long as you store it in the refrigerator after opening.

Once you do refrigerate avocado oil, it may become slightly cloudy and cause it to solidify. Not to worry though as this doesn’t mean your oil has gone bad. It will return to its normal consistency once it returns to room temperature.

So how to tell if your avocado oil has gone bad? You’re simply going to have to go with the old fashioned smell or taste test. If there’s anything off about the smell, taste, or if the appearance differs from what I mentioned above, you should definitely discard it. 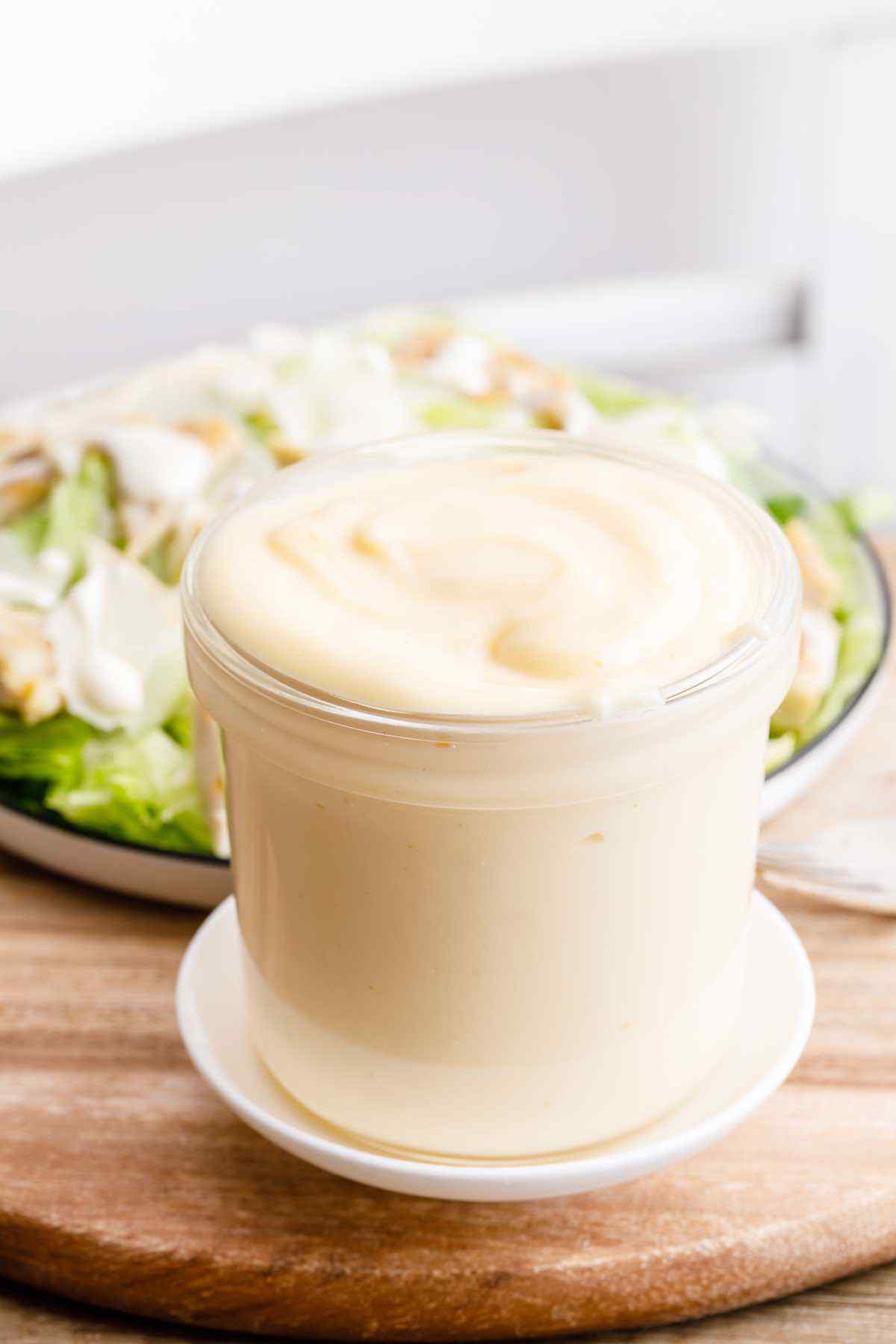 Can Olive Oil Be Used Instead of Avocado Oil?

Not everyone out there enjoys avocado, whether it’s the fruit itself or avocado oil. If that sounds like you, you’re obviously not going to be too thrilled about making your own homemade mayo with avocado oil.

The good news is that not only can you swap out avocado oil for olive oil, but it actually ends up working just as well, especially if you’re making this particular recipe. Unfortunately, not all olive oils are created equal and there are quite a few duds out there on store shelves. The only recommendation I would make if you’re planning on using olive oil is to make certain that you’re using authentic extra virgin olive oil.

Authentic extra virgin olive oil is a fantastic oil to use for your cooking needs. Not only is it jam packed full of the same type of heart-healthy monounsaturated fatty acids as avocado oil, but it’s also been shown to help reduce your risk of developing cardiovascular disease thanks to its anti-inflammatory, antioxidant, and vasodilatory nutrient properties. (3)

One of the best things about avocado oil is the fact that it has a wide variety of useful applications. Here are just a few of the things that you can use it for: 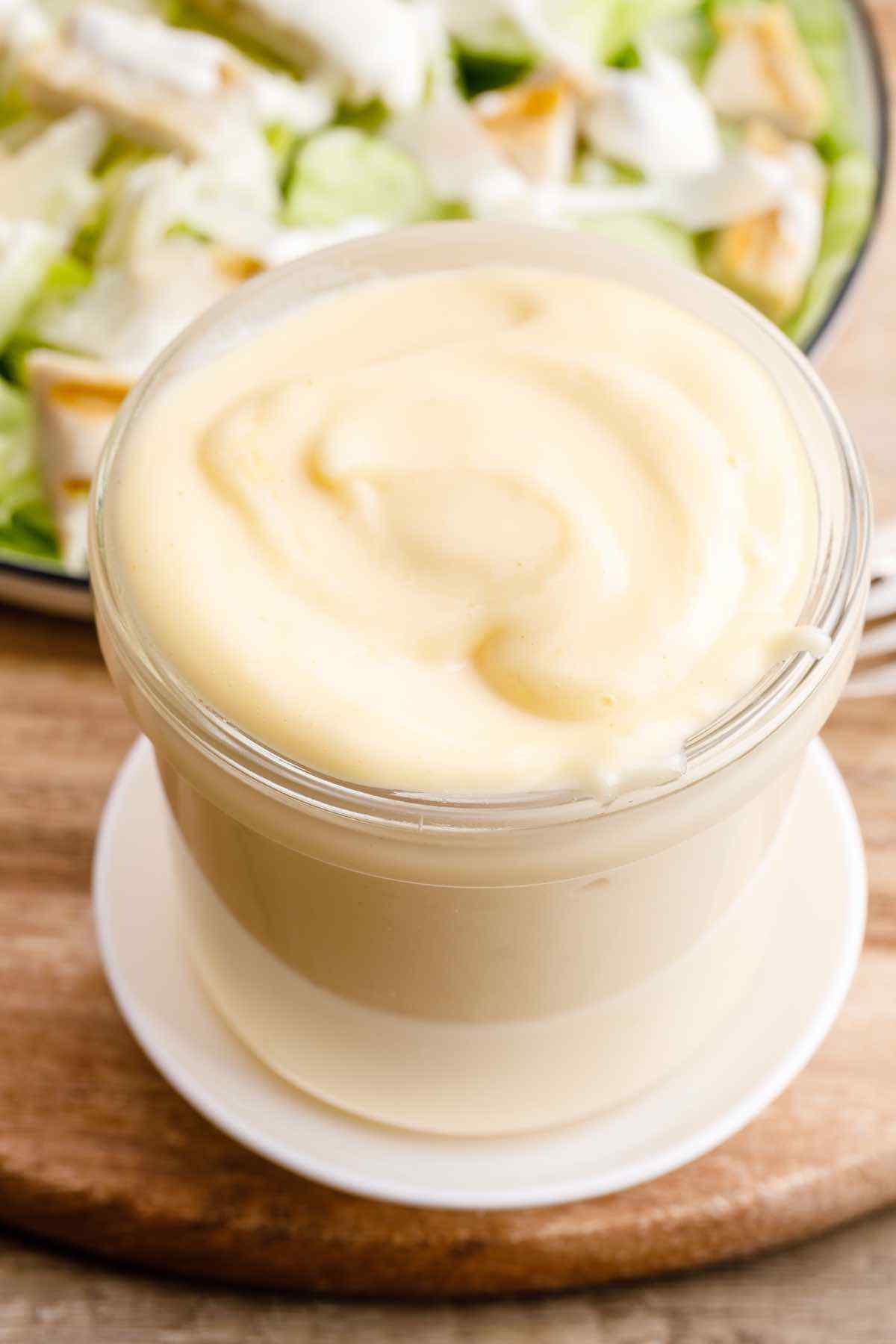 What Benefits Does Apple Cider Vinegar Have?

We’ve talked about avocado oil and why it’s such a great cooking oil quite a lot thus far, so I think now is a good time to switch things up and talk about apple cider vinegar a little bit. As I mentioned earlier, ACV is one of my favorite ‘superfood’ ingredients out there. I use it for tons of different things.

As far as health benefits go, apple cider vinegar actually provides quite a few. Here is a brief list of some of the known benefits:

How Long Does Homemade Mayo Last?

I always recommend keeping your homemade mayo in the fridge to ensure that you’re maximizing its shelf life. Stored in an airtight container in your refrigerator, homemade mayo should be able to last you about two weeks before it expires. I wouldn’t advise pushing your luck much further though, even if it’s frozen.

Can Homemade Mayo Be Frozen?

While it’s certainly possible to put your homemade mayo in the freezer to attempt to extend its shelf life, that doesn’t necessarily mean that you should. In fact, I would definitely advise against freezing it.

The reason being is the ingredients typically used to make mayonnaise tends to separate when frozen (eggs, oil, and vinegar), leaving a pool of liquid mayo floating at the top of your jar. Even after you return the mayo to room temperature, there’s a chance that it won’t go back to its original texture.

What To Do When Homemade Mayo Doesn’t Thicken

Even when you’re following the best of recipes, sometimes things don’t exactly go according to plan. That’s especially true when making something like homemade mayonnaise. The most common issue that I run into when making recipes like this one is ending up with a mayo that doesn’t have as thick of a consistency as I would like.

The easiest way to remedy this situation is to add an extra egg yolk into your mayo mixture. Adding the extra yolk helps to re-emulsify the other ingredients, increasing the thickness of your batch. 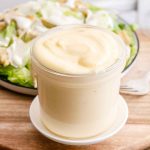