You might be wondering, what does apple cider vinegar black pepper beef jerky taste like? If you let your curiosity get the best of you, you’re in for a real treat. The apple cider vinegar, dry mustard, oregano, basil, and brown sugar are ingredients not commonly found in traditional jerky recipes which is what makes this recipe so unique and delicious. When making apple cider vinegar and black pepper beef jerky, make sure to have enough for everyone because it’s seriously addicting. Don’t worry about making too much because it keeps in the fridge for up to a month if stored properly. 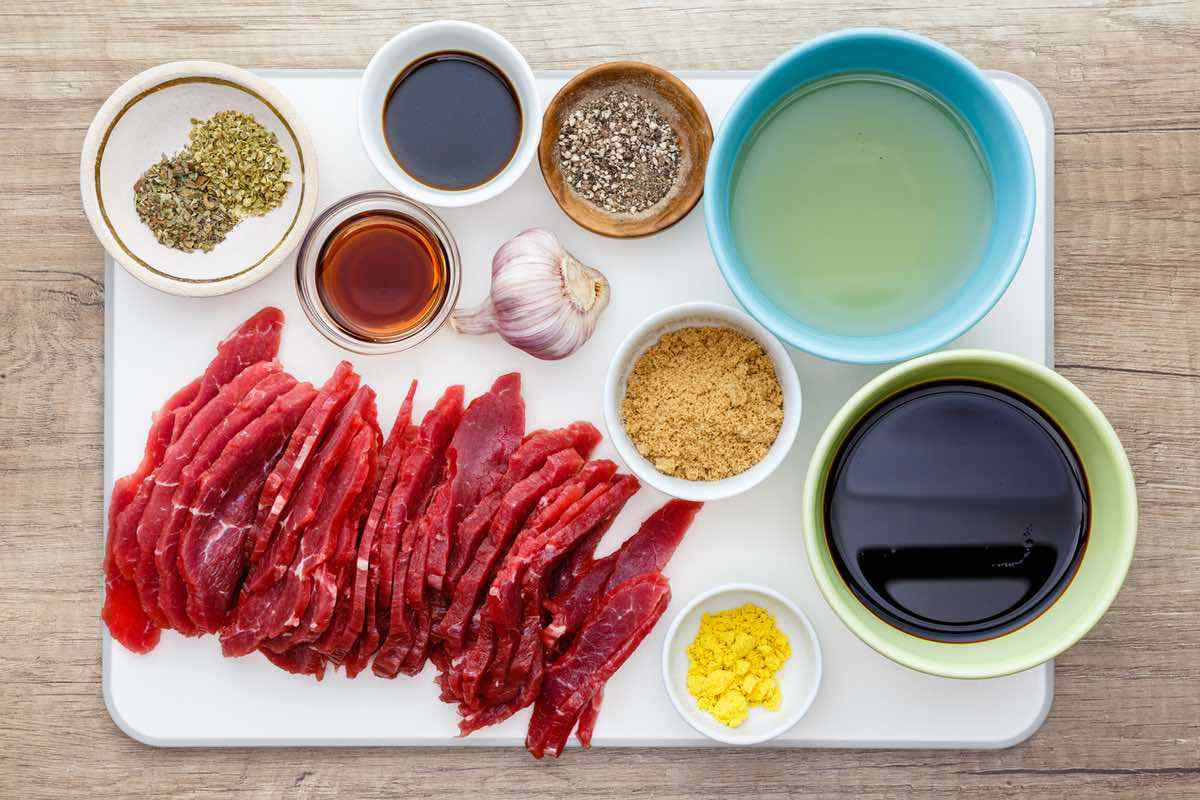 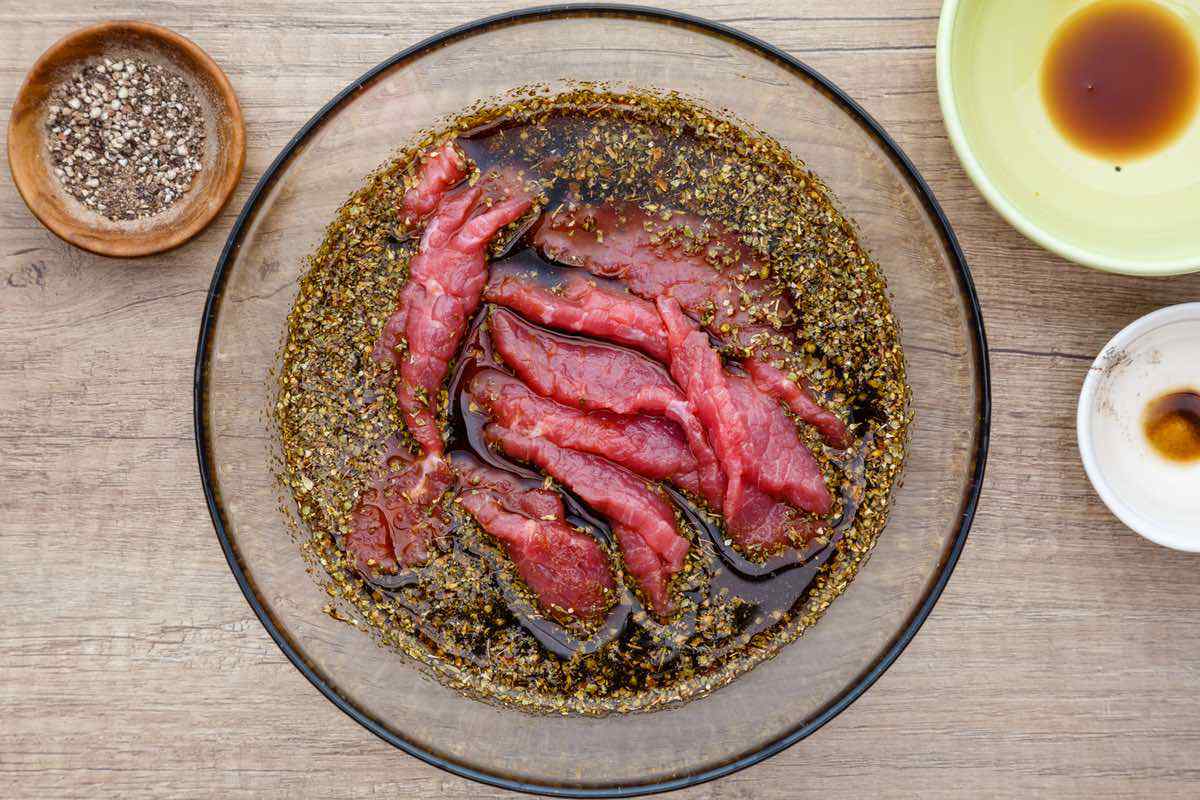 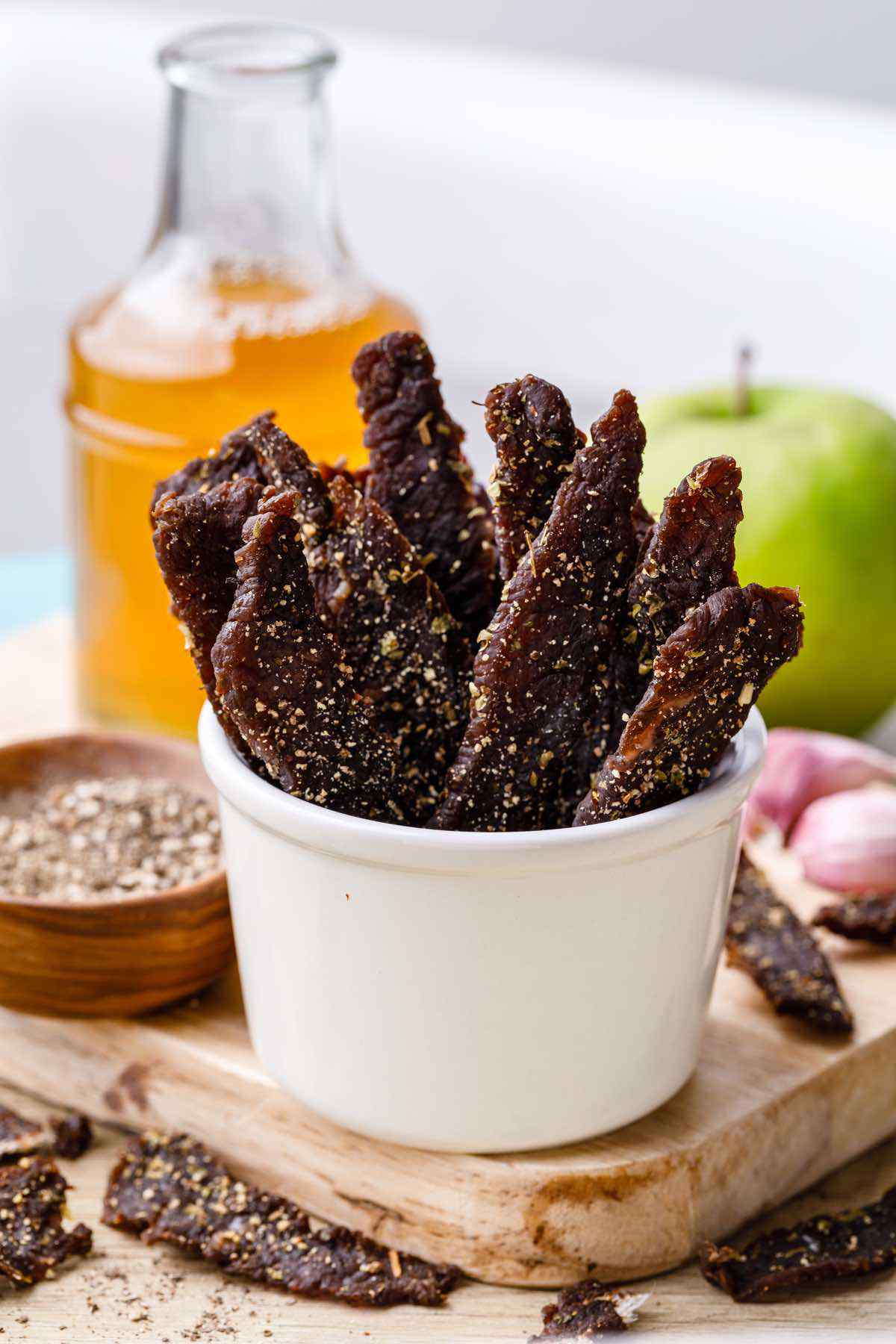 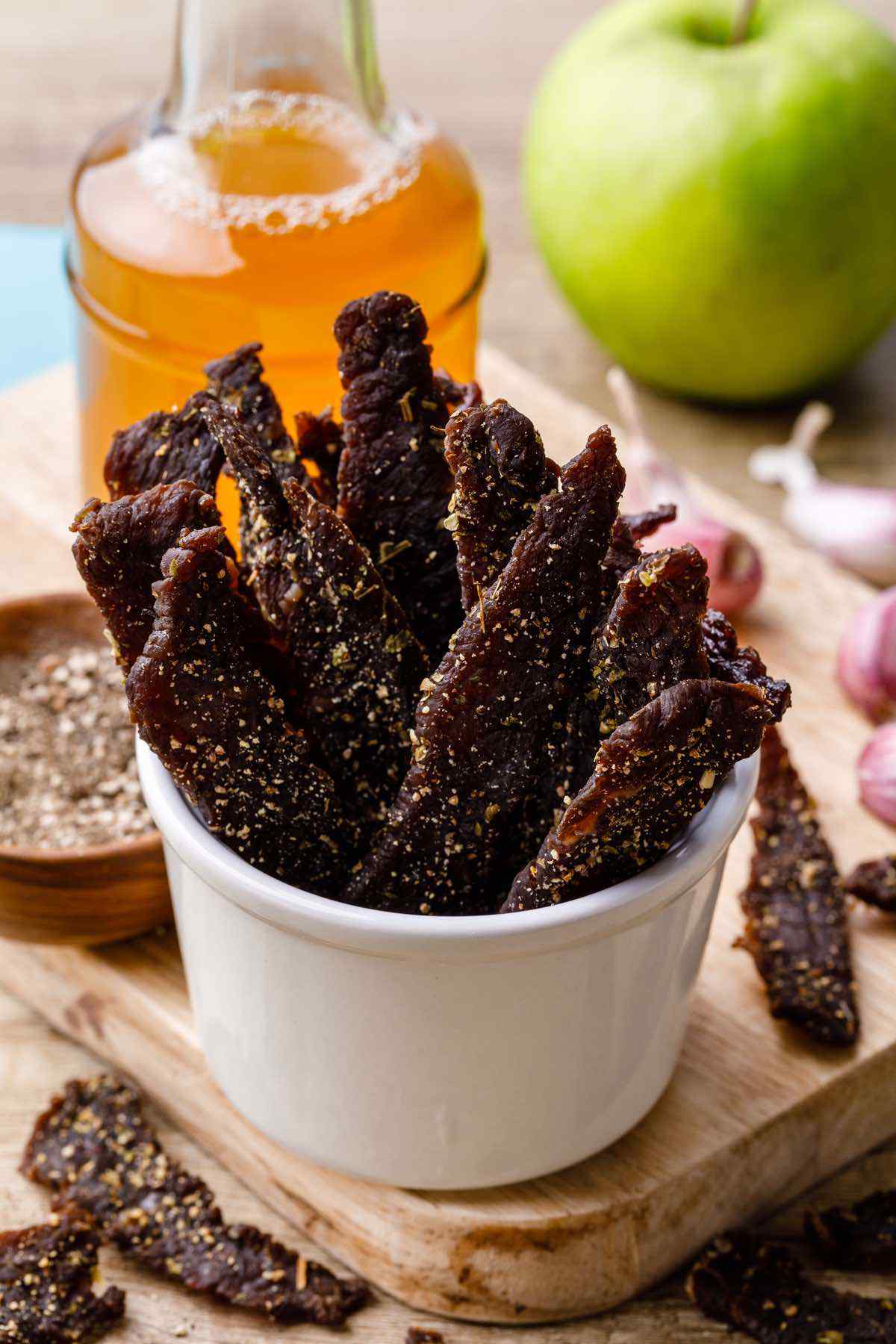 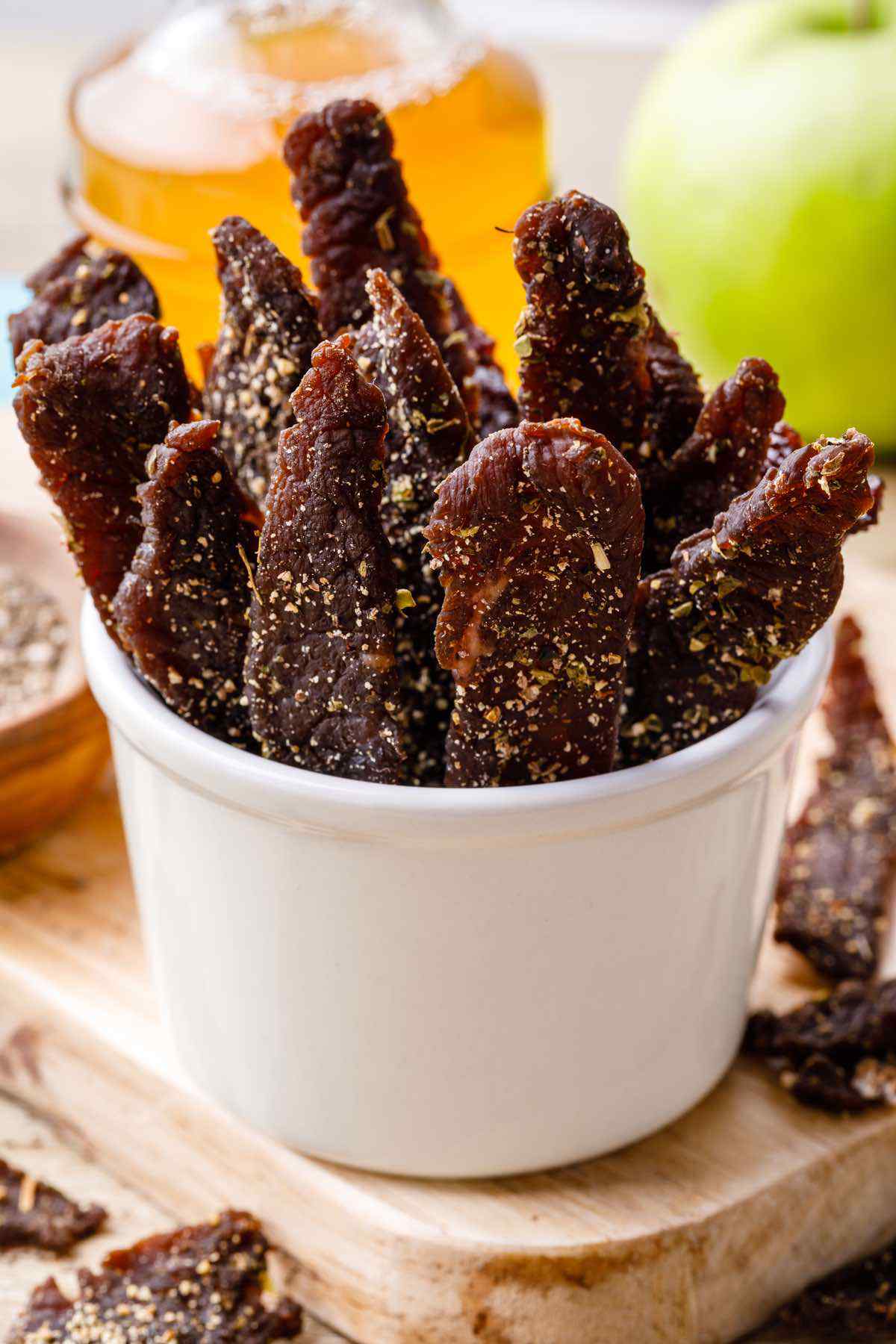 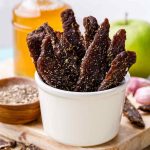 2 pounds London broil or eye of round roast,  trimmed off fat and sliced thinly against the grain

The total time is dependent on the thickness of the meat.